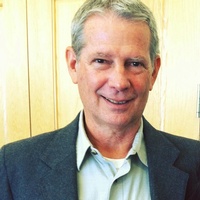 Memorial service for William “Bill” Morel will be held at 11:00 a.m., Tuesday, March 27, 2018 at Family Life Church with Pastor Marty Crump officiating. William Charles Morel (Bill) was born March 9, 1948 in Meadville, PA to George and Kay Morel.  He grew up and attended school in Crete, IL. He was a Boy Scout, played football, and attended a camp in Estes Park in his teen years where his love of climbing and the outdoors was cultivated. After graduating from Crete-Monee High School he attended Blair Academy Prep School before enrolling at Miami University in Oxford, Ohio where he received a degree in Classical Humanities In 1971. It was at this time he began to sense God’s call on his life.  He had experiences of God’s power and love that brought him to a defining point where he asked Jesus to forgive him and make him fully God’s man. His heart and life began to change. He was invited by Pastor William D. Barr (Mary’s father) to volunteer at a wilderness camp in northeastern Minnesota called Adventurous Christians where he led canoe trips and helped build their rustic lodge. It was here Bill’s love for Jesus grew and ignited his love for the world. In his desire to communicate this love, he returned to Miami University and received a Master’s Degree in Teaching.  Upon graduating, he was recruited by the Queensland Education Department to teach school in Australia. He taught in two schools, Harvey Bay and Bamaga Aboriginal Reserve. During this time a correspondence romance developed with Mary Barr who was back in Minnesota. On his return to the US he spent 6 weeks on a mission trip to Samoa with Youth With A Mission. When he and Mary were reunited, he proposed immediately, and they were married at Okontoe, her family’s ministry camp in 1976.  For the next 42 years their love for Jesus led them on many fascinating adventures. First as teachers with Wycliffe Bible Translators in a tiny school in the rainforests of Papua New Guinea, along with their first son Peter and blessed by the birth of their second son Andrew. Returning to the US, they joined Mary’s family’s ministry and Bill helped develop and lead Discipleship Training Camps for teenagers as well as a unique counseling ministry alongside Mary’s father and brother, Bill Barr. Their daughters Katie and Shelly were born during this time. In 1988 God opened the door for them to move to Fort Hope, Ontario where they served among the Ojibwe First Nations people for 6 years. Many deep heart connections were formed during this fulfilling time. Moving to Gillette, they had a rich time of teaching for 6 years at Heritage Christian School. In 2000 they moved to Kona, HI to attend Youth With A Mission’s University of the Nations leading groups of families on mission trips throughout Asia. In 2006 Bill was invited to join the staff of Family Life Church serving as associate pastor to this wonderful group of saints until his passing on March 23, 2018.  He joins his parents in heaven and his legacy lives on through his family. He is survived by his beloved and devoted wife Mary, his children; Peter (Melanie), Andrew (Tamaira), Katie (Jason), and Shelly.  Sisters; Sue (Steve) Baranski, Sally (Eldridge) Hewitt, and Joan Matter. Grandchildren; Naomi, Bella, Emma, Elijah, and Ella along with numerous nieces and nephews. The theme of Bill’s life was restoration; from Mercury outboard motors, to a 1958 Airstream trailer, Bill loved making things new again, loved watching old things come alive. More than his numerous projects, he spent his life committed to seeing people restored to relationship with Jesus. He is now fully restored to the Father he loved and served so well. In lieu of flowers the family wish that memorials be made to help Bill and Mary’s continuing support for their missionaries. Memorials and condolences may be sent in care of Gillette Memorial Chapel 210 West 5th Street, Gillette, WY 82716. Condolences may also be expressed at www.gillettememorialchapel.com
To order memorial trees or send flowers to the family in memory of William Charles Morel, please visit our flower store.