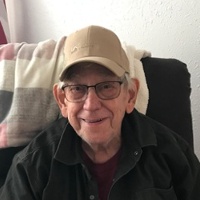 William Richard “Bill” Law 81 of Gillette, Wyoming and Zanesville, Ohio passed away on Wednesday July 10, 2019 at Hospice House of Gillette after a courageous battle with Multiple Myeloma.

Bill was born April 3, 1938 to the late Dorman and Mildred Law in Cambridge, Ohio. Bill spent his childhood years in Cambridge. The family later moved to Roseville, Ohio where Bill attended grade school and high school. During high school, Bill lettered in varsity football and started the Cam Pushers Car Club with a group of close friends. During high school Bill worked at the family owned Starlet drive in theater and Roxy Movie Theater in Roseville Ohio.  After high school Bill met and married Nancy Mock, they later divorced.  From this union came three sons Rick, Brett and Brian all of Gillette.

After leaving the mining industry in Ohio, Bill moved to Wickenburg, Arizona where he opened and operated Law’s Appliance Center with his sons Brett Law & Brian Law for 10 years. Later he sold the business and moved to Wyoming for a short time then moved back to Ohio, when once again Central Ohio Coal asked Bill to assist with the erection of their 2570 dragline. It was during this time that he met the love of his life Sarah Kaye Good of Zanesville.  Bill and Sarah were married for almost 25 years and lived life to the fullest before her passing in October 2018.

One of Bill’s passions was restoring Ford model T’s, for which he received many awards.  His other great passion was collecting and operating Lionel Electric trains. His Lionel Train layouts were amazing in their level of detail and operation due to his electrical background and creativity. This made the layouts very realistic and life like in every detail.

Bill loved fishing with his sons and they took many trips to Ontario and Northern Saskatchewan Canada. It was during these trips that he taught his son’s how to catch Northern Pike. Bill truly loved his sons and was always there to support them. He was truly a generous father who put the needs of his son’s and family before himself.

Bill is survived by his sister Twila (Gene) Dalrymple of Pickerington Ohio, brother in law Bernard Baldwin of Zanesville, Ohio.

Bill was preceded in death by his wife Sarah Kaye, his parents, Dorman and Mildred Law, brother Lawrence Law and sister Betty Baldwin.

The family of William Law would like to extend a very heartfelt THANK YOU to the staff of Hospice House of Gillette for the excellent care that they gave to our father, grandfather and great grandfather. Your care and compassion made all the difference to Dad and our family during this very difficult time, we cannot say THANK YOU ENOUGH!!!

Cremation has taken place and a private family service will take place at a later date.  Memorials and condolences may be sent in care of Walker Funeral Home 410 Medical Arts Court, Gillette, WY 82716. Condolences may also be expressed at www.walkerfuneralgillette.com

To order memorial trees or send flowers to the family in memory of William Richard Law, please visit our flower store.