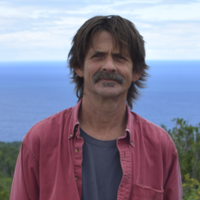 William "Chip" Hatcher, 60, beloved Father and Husband, was called to heaven on April 27, 2022 in Gillette Wyoming. He was born on December 5, 1961 in Hancock, Michigan and grew up in various areas in the Upper Peninsula where he traveled to Wyoming in the late 70's. He started working at a young age and found and married his wife Arleen in '89 where they started a family and lived a good life. He is survived by his spouse Arleen Hatcher, son Brandon Hatcher and daughter Sarah Bauman, his grandchildren Anna Bauman and Alexis Bauman, his brothers Tom Strack, and Todd Hatcher. He is preceded in death by his father Charles Hatcher, mother Virginia Hatcher, brothers Jack Strack and Tim Strack.

Chip enjoyed being outside: camping, hiking, canoeing, hunting, ice fishing, and riding his various ATV's and Triumph motorcycle. He would often spend time with his family and friends doing these activities, but he also enjoyed the solitude of being alone in the mountains or traveling to Michigan. He had a companion that was with him always - an English Springer Spaniel named Willie that he shared with his son Brandon.

He was very proud of his Finnish heritage and "Yooper" roots and built his own sauna, enjoyed experimenting in the kitchen and garden, and those who knew him knew he lived a private life. He would selflessly help others, was dependable, and would never give up. He was empathetic and cared about the well being of those around him, and he was very proud of his two children. With his years of service at the school district, he left a lasting impression with the children he worked around who often referred to him as "Mr. Chips".

Chip's memorial service will be held on Wednesday, May 11th at 11:00AM at First Assembly of God at 601 Carey Ave, Gillette WY 82716 with Pastor Dan Holden officiating. Memorials and condolences may also be sent in care of Gillette Memorial Chapel 210 West 5th Street, Gillette, WY 82716. Condolences may also be expressed at www.gillettememorialchapel.com

To order memorial trees or send flowers to the family in memory of William "Chip" Charles Hatcher, please visit our flower store.