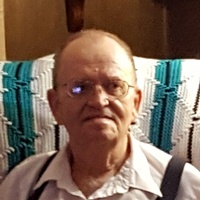 Gillette resident Wes Wagner Jr. 72, passed away Saturday, March 2, 2019 at Rapid City Regional Hospital of natural causes. Wesley Wagner Jr. was born on December 13, 1946 to Wesley Wagner Sr. and Randena Jean (Baker) Wagner in Saratoga, WY. The oldest of nine children. In his young childhood he lived on a farm south of Wheatland, WY. His father started working in road construction, so the family moved around Wyoming. The family moved back to Wheatland in the mid-sixties where Wes graduated from Wheatland High School in 1965. He was drafted into the United States Army, taking basic training at Fort Campbell, KY and then mechanic training at Aberdeen Proving Ground in Maryland. He left to serve in Vietnam from November 1966 to November 1967. He was honorably discharged.

Wes married Gayle Jeanette Snook on December 8, 1967. He started a 13-year career with Platte Valley Construction in February 1968, building highways. He was a heavy equipment operator working on Interstate 70 and 76 in Colorado and Interstate 80 at Cheyenne, WY and Interstate 25 at Douglas, WY. He liked driving over those roads knowing he helped to build them. His final work on road construction was on Highway 450 between Black Thunder Mine and Highway 59 in 1976. He then decided to start a new career in coal mining. He was hired by Exxon’s Carter Mining’s Rawhide Mine as a heavy equipment operator. Later he was moved to Caballo Mine when it opened and was a pit trainer; teaching employees how to run large equipment. Peabody owned the mine when he retired in 2002; after 25 years of mining.

He enjoyed watching westerns on TV. Camping and boating at Keyhole and camping at Cook Lake with his wife, son and two daughters; then later with his four grandsons. His favorite pal was his dog, Louie.

Wes is survived by his wife of 51 years, Gayle; daughter, Kim (Larry) Wagner; son, Wesley (Yvonne) Wagner III; and daughter, Sandi (Jim) Hloucal all of Gillette; four grandsons, Kyle Wagner; Christopher Wagner; Zachary Wagner; and Kaleb Wagner all of Gillette; great-granddaughter, Harper Wagner; great-grandson, Sterling Wagner; siblings, Linda (Stan) Johnson; Kerry Wagner; David (Jean) Wagner all of Gillette; Lavonna (Steve) Melius of Cheyenne, WY; Dewight (Deb) Wagner of Henderson, NV; Phyllis (Perry) Haggeman of Rapid City, SD; Duane Wagner and Debra Havard of Wheatland, WY; and many nieces and nephews. He is preceded in death by his parents; maternal and paternal grandparents; many aunts and uncles; cousin, Steve Baker and infant twin nieces. In lieu of flowers the family request that memorials be made in Wes’ name to a charity of your choice. Memorials and condolences may be sent in Wes’ name in care of Gillette Memorial Chapel 210 West 5th Street, Gillette, WY 82716. Condolences may also be expressed at www.gillettememorialchapel.com

To order memorial trees or send flowers to the family in memory of Wesley Wagner Jr., please visit our flower store.