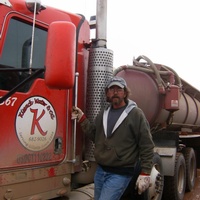 Wayne’s passion in life was racing. He would race cars on the streets, on the track and anywhere else that he could get away with it. When he was not racing, Wayne would go to the tracks and help his brother or his friends or even catch a race on TV. Most of Wayne’s professional career was driving a truck and the last 18 years his home was Kissack Water & Oil Company where the Kissack team and family became his family.

Wyoming celebration of life will be at the Gillette Memorial Chapel Thursday March 14, 2019 11am. Reception to follow at the Rozet Bar, Rozet, Wyoming.

Montana celebration of life will be at The Huntley Cemetery. Huntley, Montana TBD later.

Memorials and condolences may be sent in Wayne’s name in care of Walker Funeral Home 410 Medical Arts Court, Gillette, WY 82716. Condolences may also be expressed at www.walkerfuneralgillette.com

To order memorial trees or send flowers to the family in memory of Wayne Edward Patten Sr., please visit our flower store.