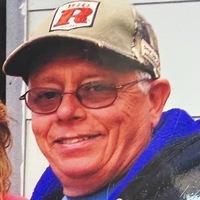 Funeral service for Wayne Overby, 64, of Gillette, will be held at 1:00 p.m., Friday, November 4, 2022 at Gillette Memorial Chapel with Erik Bergquist officiating. Mr. Overby died October 27, 2022. Wayne Leslie Overby was born April 10, 1958 in Cooperstown, N.D., to Elmer and Edna Everson Overby. He was raised and educated in Cooperstown. When he completed school, he went to work in the oil and gas industry. His work in this field brought him to Gillette in the early eighties. He married Diana Brenden January 26, 1985, the couple made their home in Gillette. Here he became a journeyman electrician working for CDK and then TIC. In 2004 he began working for Black Hills Power as I.T. specialist, he was working at Black Hills Power at the time of his death. Wayne could fix anything. He did his own plumbing, electrical, mechanics, Wayne made sure to transfer his knowledge to Travis. He enjoyed Budweiser, football and NASCAR with his buddies. Sudoku and old Gunsmoke reruns were a favorite pastime. Wayne liked to camp and boat but his love was his family. He would drop anything and everything to help them anyway he could. He will be remembered for his wise guy personality and ability to quit smoking for over 7 years now, something he was very proud of. He is survived by his wife Diana Overby; children: Jackie Overby and Travis Overby; grandson Jaxon all of Gillette; siblings: Linda (Ron) Otto of Denver, Wanda Stark of Colorado Springs, Lonnie Overby of Hillsboro, N.D., Wesley (Sylvia) Overby of Cali.; Sisters and brothers-in-law: Gene and Kathy Erisman and Mike and Bev Bowen all of Gillette as well as numerous nieces and nephews. He was preceded in death by his parents and brother, Lloyd. Memorials and condolences may be sent in care of Gillette Memorial Chapel 210 West 5th Street, Gillette, WY 82716. Condolences may also be expressed at www.gillettememorialchapel.com
To order memorial trees or send flowers to the family in memory of Wayne Overby, please visit our flower store.