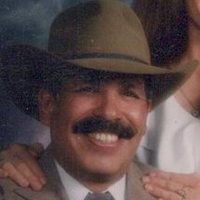 Celebration of Life for Wayne Esquibel will be at 1:00 p.m., Saturday, February 1, 2020 at the family’s home 9253 3B Hwy 14-16 Gillette, Wyoming. Wayne passed away at his home on January 21, 2020. He was born on October 30, 1946 to Delfido and Maxine (Turner) Esquibel in Colorado Springs, Colorado. As a young man he grew up in Laramie and Rock River area and graduated from Rock River High School. Wayne enlisted in the US Navy and served two tours in Vietnam from 1965 to 1969 and received the rank of GM3. He received numerous medals including National Defense, Vietnam Service with two Bronze Stars and the Republic of Vietnam Campaign.  Wayne met the love of his life Sheila Gentry and they were married on March 30, 1986 in Baker City, Oregon. He was a member of the NRA, Rocky Mountain Elk Foundation and USBC. Wayne enjoyed hunting, fishing, bowling, three card poker, cooking and BBQing. He is survived by his wife Sheila Esquibel of Gillette, WY; five sons, eleven grandchildren, eight great-great grandchildren and his hunting brothers. Wayne was preceded in death by his grandparents and parents. In lieu of flowers a memorial has been established to the Wounded Warriors or to the donor’s choice. Memorials and condolences may be sent to Walker Funeral Home 410 Medical Arts Court, Gillette, WY  82716. Condolences may also be expressed at www.walkerfuneralgillette.com

To order memorial trees or send flowers to the family in memory of Wayne Anthony Esquibel, please visit our flower store.