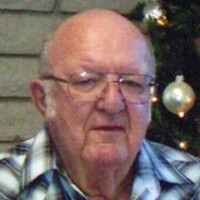 Warren S. Wickwire, 86, of Gillette passed away Tuesday, February 23, 2021 of natural causes. He was born in Cooperstown, NY on March 21, 1934 to Spencer and Marguerite Wickwire. On April 3, 1955 Warren married Joanne Gilday. They have two sons. He is survived by his wife, son, Randy (Carla); Larry and (Karla); 7 grandchildren, two great-grandchildren; a sister, numerous nieces and nephews. Warren worked as a truck driver for Exxon until transferring to Wyoming in 1978 where he worked at Highland Uranium Mine near Douglas and they Caballo Mine, Gillette. He and his wife spent many years after retirement wintering in Arizona. A celebration of life will be held at a later date. Memorials and condolences may be sent in care of Walker Funeral Home 410 Medical Arts Court, Gillette, WY 82716. Condolences may also be expressed at www.walkerfuneralgillette.com

To order memorial trees or send flowers to the family in memory of Warren Spencer Wickwire, please visit our flower store.