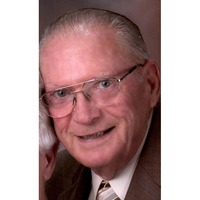 Funeral service for Walter Tyrrell will be held at 11:00 a.m., Thursday, August 11, 2022 at The Church of Jesus Christ of Latter-Day Saints 1500 O'Hara Drive, Gillette with interment to follow at Mt. Pisgah Cemetery. Visitation will take place from 6:00 p.m. to 8:00 p.m., Wednesday, August 10, 2022 at Walker Funeral Home. Walter E “Buck” Tyrrell returned to his Heavenly Home on August 3, 2022 after a short illness at the age of 89. His goal was to make it to 90 and fell 35 days short of reaching that milestone. Buck was born on September 7, 1932 to Charley E and Viola Fern Tyrrell in Gillette Wyoming. He was one of the original pioneers of Campbell County that was born and lived his life here. He grew up during the heart of the depression and learned to sacrifice at a young age and that served him well throughout his life. In 1950, he joined the Air Force during the Korean conflict and was assigned to Warren Air Force Base in Cheyenne and later sent to Paris France as a military mail coordinator. He served until his honorable discharge in 1955. After military service, he met the love of his life Dorothy Robertson in Jackson Wyoming where they were married on September 10, 1955. He loved and revered his wife and faithfully stood by her for 67 years. To this union came 4 children, Teri, Joan, Curtis, and Diana. He was a devoted husband and father and wanted the best for his family and was an excellent provider, protector, teacher and mentor. He was proud of all of his kids for their accomplishments throughout their lives. Right after their marriage, they drove from Jackson to Laramie so that he could attend the University of Wyoming where he obtained a BS degree in accounting. He moved back to Gillette and began working at Saunders Lumber Company as a bookkeeper where he worked for 29 years and retired in 1988 when the lumberyard was sold. He loved the work he did and loved to work hard. He had incredible integrity and attention to detail in everything he did that many people in today’s world rarely have. He was dependable, reliable and always told the truth in every situation he was in. His integrity was a high priority to him and he valued that the most of his many good traits. Family was everything to Buck and he loved his brothers and sisters and their kids and he was loved by them. He took the time to get to know all of them and was considered a favorite by many nieces and nephews and tried to stay in contact with them as often as he could. He loved his grandchildren and great grandchildren and loved it when they would come and visit. He was proud of all of them and their accomplishments. Once he got to know someone, he could tell if they had the morals that he approved of, and then he became a loyal friend for life. Many of his friends knew that his word was his honor and could trust anything that he committed to. He was always on time and was never late to any event or appointment and was usually at least a half hour early. He also had a great sense of humor and loved to tell jokes and laugh and find humor in everything. He was quick witted and people loved to be around him just to get a laugh. He was a lifelong Wyoming Cowboy fan and attended games as often as he could and watched them on TV. He loved to hunt and fish and spent a lot of time outdoors whenever he could. Later in life, he liked going to Deadwood and have day trips to the casino, doing puzzles, and playing cards with his wife and friends. He is survived by his wife Dorothy; children Teri (Steve) Bagwell of Ft Mojave Arizona; Joan Robbins of Gillette Wyoming; Curtis (Yolanda) Tyrrell of Riverton Utah; and Diana (Jim) Schow of Grantsville Utah; 11 grandchildren, 17 great-grandchildren and numerous nieces and nephews. Memorials and condolences may be sent in care of Walker Funeral Home 410 Medical Arts Court, Gillette, WY 82716. Condolences may also be expressed at www.walkerfuneralgillette.com

To order memorial trees or send flowers to the family in memory of Walter Elmer Tyrrell, please visit our flower store.