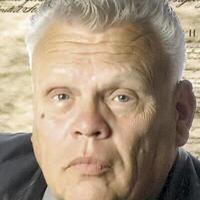 Funeral service for Walter Murray Jr. will be held at 1:00 p.m., Saturday, November 13, 2021 with visitation will be held two hours prior to services at Gillette Memorial Chapel. Interment will be held at Oregon Trail VA Cemetery, Evansville, WY at 10:00 a.m., Monday, November 22, 2021. Walter passed away November 9, 2021 at Campbell County Health from complications of COVID. He was born on June 17, 1943 in Riverside, CA to Walter and Edna (Freeman) Murray Sr. He obtained his law degree from San Diego State University. Walter served in the US Army during Vietnam War. He was married to Carol Murray until her death in 1984. He worked for over 30 years as a private attorney, judge and ending his law career as a public defender in Campbell County. Walter is survived by his son, Walter Murray III of Gillette, WY. He is preceded in death by his wife, parents and grandparents. Memorials and condolences may be sent in care of Gillette Memorial Chapel 210 West 5th Street, Gillette, WY 82716. Condolences may also be expressed at www.gillettememorialchapel.com
To order memorial trees or send flowers to the family in memory of Walter Allan Murray Jr., please visit our flower store.