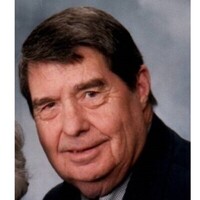 Walter Miller Jones was born on September 9, 1927 in Jetmore, Kansas, to Clifford and Lula (Miller) Jones.   He graduated from Jetmore High School in 1946.  Walt participated in track and was a football quarterback for the Jetmore high school team.  After graduation he met and married Oralee Moore on January 13, 1949, in Dodge City, Kansas.  Together, they started their family and resided in Kansas, Texas, Colorado and eventually making their home Gillette, Wyoming in 1973.

Walt devoted his career to working in the construction industry.  He built numerous speck homes and by the end of his career he designed and built several beautiful custom homes throughout Colorado and Gillette, Wyoming.  In 1972, Walt won a prestigious award in the Colorado Springs Parade of Homes for the home he built.  Walt will be remembered most for his accomplishments as a general contractor.

Walt was a licensed pilot since 1964 and had a passion for aviation.  He accumulated more than a thousand hours of flying time as a private pilot, was the commander of the Civil Air Patrol, and flew parachute jumpers for pleasure.

Memorials and condolences may be sent in care of Gillette Memorial Chapel, 210 W. Fifth Street, Gillette, WY 82716 or the website, www.gillettememorialchapel.com

To order memorial trees or send flowers to the family in memory of Walter Miller Jones, please visit our flower store.