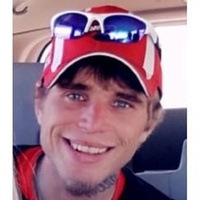 Funeral service for Walter Blake will be held at 2:00 p.m., Saturday, May 18, 2019 at Gillette Memorial Chapel with Pastor Gordon Harper officiating; interment to follow at Mt. Pisgah Cemetery. Visitation will be held from 4:00 p.m. to 7:00 p.m., Friday, May 17, 2019 at Gillette Memorial Chapel. On May 13, 2019 Walter Blake was called home to be with his father, Travis and our Lord and Savior. Walter Wayne Blake 27, was born and raised in Gillette, WY on April 10, 1992 to Donna and Travis Blake. Walter built his life here and after graduating from Campbell County High School in 2010, he followed his father’s footsteps to the oilfield. Growing up Walter was intrigued with the rig life and everything about drilling. He spent countless hours with his dad moving rigs, trucking down the road waiting for his turn behind the wheel. Walter had many positions with various oilfield companies, however operating for Viking Enterprise and Rebel Testing were among his favorites. At his time of death Walter was employed with Water Systems. During his short life on Earth, Walter was blessed with two children; Camron (7) and Jada (4). He truly enjoyed his time with all children, always in the middle playing, just like a big kid himself. Walter loved all of his family and friends deeply, he made countless memories full of mischief and loud laughter. If you were a friend, you were his friend for life. Walter loved to ride anything he could get his hands on and found peace oh his motorcycle on the open road. He loved riding horses with the kids, and the country life with his mom. Walter enjoyed target shooting, reminiscing good times around a bonfire, singing along to any music as loud as he could, and he was always up for an adventure with his sister. He was the life of every party, and always had something to say. “Just remember me, I’ll always be hell on wheels. I am me, who are you?” Walter lived his life fast and hard without any regrets. He will be deeply missed by many. Walter is survived by his mother, Donna Blake (Jason); his children, Camron and Jada Blake; his sister, Amanda Russell (Jesse); his brother, Paul Reynolds (Kristina); niece, AceLynn; nephews, Taylor and Tyler all of Gillette, WY; grandmother, Martha Reynolds of Moberley, MO; as well as numerous specials aunts, uncles, cousins and close friends. He is preceded in death by his father, Travis Blake; grandparents, Edward Reynolds; Orvie and Leota Blake; and nephew, Braxton Bailey. Memorials and condolences may be sent in Walter’s name in care of Gillette Memorial Chapel 210 West 5th Street, Gillette, WY 82716. Condolences may also be expressed at www.gillettememorialchapel.com

To order memorial trees or send flowers to the family in memory of Walter Wayne Blake, please visit our flower store.