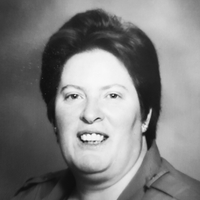 Memorial service for Virginnia Davis will be held at 10:00 a.m., Wednesday, February 26, 2020 at Walker Funeral Home. Virginnia Davis, beloved wife, mother and grandmother, passed away at home February 22, 2020. She was born in Hanna, Wyoming in 1953. She married the love of her life, Donald L. Davis, in 1972 in Harden, Montana. Virginnia was always the first to help others and gave of her time freely. She will be missed by all those that got to know her.

Virginnia is preceded in death by her parents, Edgar and Juanita Haycock and her sister, Karen (Frank) Kitchen. She is survived by her husband, Donald L Davis; her son, Donald J. (Shanda) Davis; her son, Tracy L (Misty) Davis; her grandchildren, Alexander P Davis, and Ryan J Davis, her sisters, Shirley Harnden and Lori (Jim) Gordon. The family request that memorials be made in Virginnia’s name to benefit the American Heart Association or American Diabetes Association. Memorials and condolences may be sent in care of Walker Funeral Home 410 Medical Arts Court, Gillette, WY 82716. Condolences may also be expressed at www.walkerfuneralgillette.com

To order memorial trees or send flowers to the family in memory of Virginnia Lee Davis, please visit our flower store.