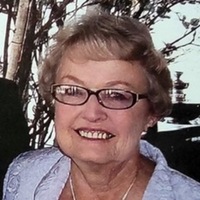 Leaving behind a legacy of love, Virginia Helen “Ginny” Lynde went to her heavenly home on Monday, June 27, 2022 following a short illness. A celebration of life memorial service will be held Friday, July 15, 2022, at 11:00 a.m. at the First Presbyterian Church of Gillette with longtime friend, Mark Wilson of Buffalo, WY officiating. Ginny made her entrance into this world on January 30,1939 in Gillette, Wyoming, to “Hank” and Margaret (Rohan) Saunders. She grew up in Gillette with her parents and three siblings and often said that she was the “naughty” one of the bunch. She always loved her Campbell County roots that go way back. On July 24, 1956 she married her high school love, Ron Lynde. To this union were born four rambunctious sons whom she delighted in even through the various challenges in raising them. She was very proud of each and every one of them and the men they have become. Ron was in the US Navy so they spent their early married years in San Francisco and the Philippines before returning to Gillette. In 1964 they moved to Laramie so that Ron could attend college. During that time, she was the executive secretary for the English department at the University of Wyoming and later the office manager for the correspondence department, all while navigating the many challenges of a husband in school and four mischievous young boys and their shenanigans. Many a time she was making cookies late at night because one of the boys would forget to tell her until bedtime that they were needed for an event/party at school the next day, but she always did it with a willing heart and a threat to never do that to her again. She was an accomplished typist and spent many a late-night typing thesis and other papers for college students. The year 1972 found the family headed to Montana where Ron had taken a job as ranch manager on a large cattle operation near the Fort Peck Reservoir. Ginny laid aside her secretarial duties at that time to become a ranch hand and chief cook and bottle washer. She had many good memories of their time in Montana even with its difficulties and made some wonderful lifelong friends while there. She loved to hear her boys tell tales of their Montana adventures even right up to days before her passing. The memories and times they spent together brought her great joy. In 1975 they loaded up their boys, their Saint Bernard’s and their crinkle ear cat (as a stow away) and headed back to Gillette where they owned and operated the Arrowhead motel for a few years. When they sold the motel Ginny then went to work for VIP Realty and later ran her own gift shop inside the Holiday Inn. She loved all the pretties in her gift shop and enjoyed sharing them with others but especially loved all the delicate glass Christmas ornaments. The “let's do something different” bug beckoned them again and they moved to Pahaska Tepee, a resort and hunting camp west of Cody next to Yellowstone Park, where they owned and operated it for a time. They later moved back to Gillette where Ginny went to work as the office manager for Davis Chevrolet where she stayed until her retirement. She was a well-loved boss there and the gals she worked with held her in high esteem and friendship. Retirement didn’t last long as she then worked as chief officer of the family business running the office while the guys were out in the field during the season of coal bed methane drilling and pumping. After full retirement Ginny was able to spend more quality time with all her grandchildren and their many activities. She loved being able to attend games and events and was a very loving, attentive Grandma. Her grandchildren/great grandchildren/great-great

glitter to her life. She loved each of them unconditionally and was always their biggest fan

through thick and thin. She held many titles in her life; daughter, sister, Aunt, wife, Mom, boss, friend, neighbor, but one of her greatest pleasures was being called Grandma/Granny. She took much pride and joy in her many grandchildren including her greats and great-greats. Retirement also gave her more time to care for her beloved aging in-laws and to nurture her many beautiful flower beds. She could grow anything and was known for having a green thumb. The next several years found Ron and Ginny wintering in Arizona where they spent ample time golfing and enjoyed exploring the area with her sister, Peg and brother-in-law, Perry and the many new good friends they made. There was always a happy hour somewhere! Summers were spent in Buffalo, with more golfing and friends, before later settling back in their hometown of Gillette so they could be closer to family. Ginny relished family gatherings with numerous stories and boisterous laughter. She belonged to several organizations including many years in P.E.O., where she twice served as chapter President, and also served on the Pioneer Manor board. For much of her life Ginny was an avid reader, seamstress, quilter, embroiderer, crocheter, knitter, puzzler (jigsaw, crossword, sudoku, etc.), and piano player. She was an animal lover and especially treasured all the dogs and other pets through the years. She loved to feed and watch the birds in her yard and with the help of her bird book came to quickly identify each one. Ginny had an independent spirit, was fiercely loyal and always ready to help anyone in need. She loved well and was well loved by all who knew her. She was the family matriarch who will be greatly missed by family and friends. This is not goodbye, it’s simply see you later……. Ginny is survived by her husband, Ron, of almost 66 years; sister, Peggy (Perry) Powell of Gregory, South Dakota; sons, Rich (Judy) Lynde of Gillette; Ray (Clarice) Lynde of Torrington, Wyoming; Randy (Susanna) Lynde of Gillette and Rex Lynde of St Augustine, Florida; 12 grandchildren, 23 great-grandchildren and two great-great-grandchildren, as well as numerous nieces and nephews. She was preceded in death by her parents; sister, Sallie Davis; and brother, Bill Saunders. Memorials and condolences may be sent in care of Gillette Memorial Chapel, 210 W 5th Street, Gillette, Wy 82716. Condolences may also be expressed at www.gillettememorialchapel.com

To order memorial trees or send flowers to the family in memory of Virginia Helen Lynde, please visit our flower store.