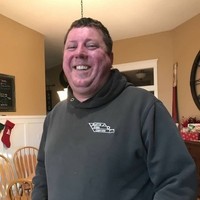 Memorial service for Vincent Spalding will be held at 2:00 p.m., Tuesday, February 11, 2020 at Gillette Memorial Chapel with Pastor Ernie Bishop officiating. Vincent Terry Spalding, Vice President of Tri-State Industries and resident of Gillette, WY, died unexpectedly on February 2, 2020 at the age of 38. Vincent was born in Anaheim, California on May 9, 1981 to Deborah Hagen (O’Neill) and Charles (Chuck) Spalding. Vincent was known as Vince to most, but Vinnie to family. Though, spending his early years in southern California, his heart was home after moving to Gillette in 1991.  He graduated from Campbell County High School in 2000. At the age of 16, Vince went to work in the oilfield for the family business, Tri-State Industries, where he learned and demonstrated his impeccable work ethic. Vince was known for his hard working ‘get ‘er done whatever it takes’ mentality by his friends and colleagues. As his roles with Tri-State increased, he became known for his tough love by his employees. Whether he was critiquing a weld or helping someone get a truck unstuck, you could hear him shouting: “put your purse down and get to work” or “it’s time to put your big boy pants on and get it done”. As much as Vince knew how to encourage his employees, it was important to him that they felt appreciated. Vince worked and played hard.  He enjoyed the Wyoming wilderness and frequently fished and hunted in his spare time. He often fished Keyhole or explored the Bighorn Mountains with friends and family. There wasn’t a walleye caught that he didn’t want to keep, he believed any size would make a great fish taco. Along with his angling skills, Vince​ ​was also an accomplished marksman and enjoyed hunting when he wasn’t fishing. Vince had many hobbies and was deeply committed to each, occasionally it was an obsession. Vince loved to have a good time and made sure everyone around him did as well. He was often laughing and making others laugh with his great storytelling skills. Vince’s sense of humor was exceptional, but he excelled at the pranks he pulled on others.  He took great pride in their reaction to his mischief.  Vince’s passion for food was often responsible for social gatherings, typically around a barbecue or smoker, where he would put his heart and soul into unique dishes. He always went the extra mile with his recipes by adding his own flare wherever he saw fit. One of his favorite quotes was, “Never trust a skinny cook” and he made sure nobody left his social gathering’s hungry. Vince took great pride and dedicated himself 110 percent to everything he did and to everyone he loved.  Vincent is survived in life by his parents Deborah Hagen and Charles (Chuck) Spalding; stepfather, Duane Hagen; brothers Ben (Heather) Spalding and Shane Hagen; niece and nephew, Katie and Kooper Spalding; aunts: Vickie Knisley, Carol Logan​,​ Barbra Burg; uncles: Bill (Sharon) O’Neill, Harold Spalding, Gary Spalding, Fred Spalding; and numerous cousins. He is preceded in death by his maternal grandparents, Geraldine and Robert O’Neill and his paternal grandparents, Herald and Emily Spalding. Memorials and condolences may be sent in care of Gillette Memorial Chapel 210 West 5th Street, Gillette, WY 82716. Condolences may also be expressed at www.gillettememorialchapel.com

To order memorial trees or send flowers to the family in memory of Vincent Terry Spalding, please visit our flower store.