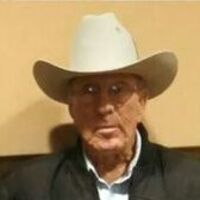 Vernon Lee Reynolds 83 passed away to go join his special angel Irene, Wednesday June 24, 2020 in Gillette, Wyoming.  Memorial services for Vernon will begin at 10:00 am Thursday July 2, 2020 at the Family Life Church with Pastor Marty Crump officiating. Vernon or Vern as friends and family called him was born the youngest child to Aldin and Ethel Reynolds on October 27, 1936.  Vern grew up on a ranch north of town at Rockypoint.  Vern's dad passed away when he was only 9 years old, so after some time his mother decided to move the children that were still at home to Gillette. Vern chose to leave school and join the military, he enlisted into the Marine Corp.  He was a very proud Marine. Vern was stationed in California from 1954 to 1957 when he was honorably discharged.  During his time in the Marine Corp he met his true love Irene Barela.  After dating for a short while he knew she was the one and the got married in Kingman, Arizona on August 20,1955. Into this loving marriage three children were born Aldin Lee, Darrell Vernon, and Debra Sue. After being honorably discharged from the Marine Corp, Vern decided to move back to Gillette, Wyoming where he was raised. Vern wanted to give his family the ranch life that he loved. Vern enjoyed ranching and teaching his children the ranch life. He worked for a few different ranches for about 25 years, during this time he was also able to raise his own cattle. Then in 1981 he decided on a career change and went to work for the Campbell County Road & Bridge as a truck driver. He retired after 22 years to stay home and take care of Irene. In Vern's younger years he would rodeo locally. Vern and Irene enjoyed going to rodeos and to Deadwood to gamble he didn't always win, but he would take Irene's winning and kept on playing. In 1997 and 1998 they went to Cody Wyoming for the 4th of July rodeo and then toured thru Yellowstone Park for the first time. They traveled to Las Vegas to watch the National Finals Rodeo. As the grandchildren got older, they started going places to watch them rodeo, play basketball, tennis, volleyball, track, they went to school concerts and other activities. Vern never met a stranger; he would talk to everyone and boy could he ever talk. He was known to be a big jokester and flirt especially towards his nurses. Vern was an active member of the American Legion Post #42 Drill team. He enjoyed his time that was spent with the Drill Team and all the visiting that they did at the American Legion and boy were there ever some stories that they would tell at the table. Vern is survived by his sister, Vera Clements; children, Aldin (Katie), Darrell (Debbie), and Debra (Rick), and Debbie Little; grandchildren, Billie Jo, Jamie, Jessie (Paul), DJ (Aurora), Aldin (Nicole), Basil, Karlina (Jordan), Stephanie (Clay), Lee (Rosie), and Cheri (Josh); 18 great-grandchildren, one great-great-grandson; sister-in-law’s, Bea, Betty, Char, and Ann; along with several nieces and nephews. Vern is preceded in death by his wife of 59 years Irene, brothers, Ellis, Clark, Earl and Herbert, sister, Lucille and great-grandson. Willie. We invite everyone to join us for a luncheon immediately after the services. Then we will head to the cemetery for military honors as we lay dad and mom to rest. A memorial has been established in Vern's name to benefit the American Legion #42 Drill Team. Memorials and condolences may be sent to the family in care of the Gillette Memorial Chapel 210 West 5th Street, Gillette Wyoming 82716. Condolences may also be expressed at www.gillettememorialchapel.com

To order memorial trees or send flowers to the family in memory of Vernon Lee Reynolds, please visit our flower store.