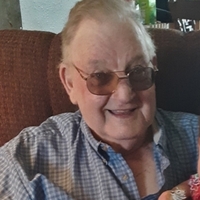 Verl Bruce LeRoy, know to his friends and family as Red, was born to Newell and Alice (Johansen) LeRoy on April 22, 1940 in Huntington, Utah.  He was raised and educated in Huntington.  Shortly after graduation, Red married and started his family.  He spent many years in Huntington and later Provo, before coming to Wyoming in the early eighties.  In 1983 he began work at Bear Lodge in the Big Horns, it was here he met his wife Donna Logan.  They were married in 1984 and moved to Wright.  Red had a 15 year career with the Highway department before he was forced to retire due to his health.  He eventually returned to work as a bus driver for Coach USA and later the Campbell County School District as an activities bus driver.

Red enjoyed hunting, fishing and camping.  He was a talented woodworker and a gun enthusiast.  He liked to reload his own shells. Red was a Boy Scout leader and assisted many young men earning their Eagle Scout status.  He and Donna were members of the Church of Jesus Christ of Latter-day Saints.

He is preceded in death by his parents 2 children; 2 brothers and 2 sisters.

Please visit www.gillettememorialchapel.com to share your condolences and memories with Red’s family.

To order memorial trees or send flowers to the family in memory of Verl "Red" Bruce LeRoy, please visit our flower store.