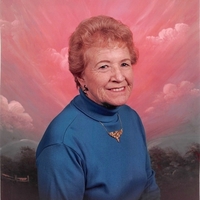 Vera Lucille Leger was born November 5, 1933 and passed away on October 18, 2021 at 87 years of age from COVID complications and underlying complications. She had made The Legacy her home since they opened. Vera was born the fourth child of Silas and Leona Counts at home in Wanamaker, SD. She had three older brothers, Emmra, Ray, and Lee. She was Daddy’s little girl and he along with her brothers spoiled her. She married George Hill Jr. in 1953. Gerald, Karen and Marie were born of this union. They later divorced. She married William Leger in 1959. He adopted her three kids and they had Tony together. They later divorced. She married Robert Patterson in 1979 and enjoyed traveling until her death. In her spare time, she enjoyed doing ceramics and zipper art. She was also a member of the VFW women’s auxiliary in Spearfish. Vera was a snowbird for many years traveling to her home in Arizona City, AZ to avoid Wyoming winters. When her health failed, she remained in her home in Pine Haven, WY until moving to Gillette to be near family. She was moved to Pioneer Manor until The Legacy was built then moved there. Vera was proceeded in death by her parents, three brothers and her husband and stepson Bobby Patterson. She is survived by her son, Gerald (Edna) Leger; daughter, Karen (Dan) Brown, daughter, Marie (Don) Doak; son, Tony (Lindsay) Leger and stepson Jay Patterson. Along with 11 grandchildren and great-grandchildren. She is also survived by step-grandchildren, great and great-great-grandchildren; numerous nieces and nephews. Services will be held at Black Hills National Cemetery, SD, on Monday, June 27th at 2pm. In lieu of flowers please donate to The Legacy Activities Fund or the American Heart Association. Memorials and condolences may be sent in care of Gillette Memorial Chapel 210 West 5th Street, Gillette, WY 82716. Condolences may also be expressed at www.gillettememorialchapel.com
To order memorial trees or send flowers to the family in memory of Vera Lucille Leger, please visit our flower store.