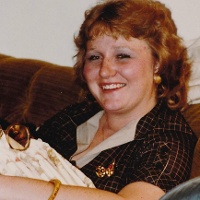 Mrs. Vanessa Louise Drake (Brown) was born to Sylvia Joyce Brown in Falls View, West Virginia on October 20, 1958. Her early years were spent in South Charleston and Summersville, West Virginia and she attended Spring Hill Junior High School. The family relocated to Alexandria, Virginia where Vanessa graduated from Mount Vernon High School in June,1976. After graduation she took a job in the advertising department of the Alexandria Gazette and made a career of working in newspaper advertising. Vanessa moved to Mesa, AZ in 1980 to take a position with the Mesa Tribune and over the years was employed by a number of Valley publications including Independent Newspapers, Thompson Advertising, The Capitol Times and The Arizona Republic. Vanessa met her future husband, Jim Drake, also a Mount Vernon High School alumni, in Alexandria, VA on April 15, 1978. Vanessa moved to Arizona to be near Jim while he was attending Mesa Community College and Arizona State University. The two spent their time travelling around Arizona, often on field trips having to do with Jim's studies at Arizona State. Vanessa and Jim were married in the Bighorn Mountains in Wyoming on July 31, 1992. She and Jim made their home in Tempe, AZ.

Vanessa enjoyed traveling and vacationing with her husband throughout the United States and Mexico and one special trip to England. She also loved her two dogs, a terrier named Aspen and a Yorkie named Willow who often travelled with them. Spectating auto races at Manzanita Speedway, Firebird Raceway and Phoenix International Raceway, where she was a big fan of Michael Andretti, were also some of her favorite things to do, as well as helping her husband to restore and detail classic cars and participate in classic car rallies, reading and needlepoint. She was an excellent cook and loved cooking traditional family recipes and she never shied away from trying to prepare a new dish, either. Her favorite time was the annual vacation to Wyoming to stay with family on the ranch Jim’s Grandfather homesteaded. She truly cherished the time she was able to spend with Jim’s Aunt Bernice and her family at Sunburst Ranch. After retirement the two became “Sunbirds”, remodeling an old house on the ranch and spending the summer months in Wyoming. Vanessa loved all of her family and always set aside time to check in with friends and family on the phone or go visiting. She was always eager to help and comfort anyone needing assistance, and had been active in several charities and Twin Butte Baptist Church. She will be missed by all who knew and loved her.

In her later years Vanessa became increasingly restricted by declining health, which limited her travels and vacationing. Vanessa left her beloved ranch home to come back to Arizona in January and was hospitalized soon after her return to Arizona, passing away from complications of an infection on July 22, 2019. She was predeceased by her mother Joyce and stepfather, Jim Carlson. She is survived by her aunt and uncle, Joe and Cathy Brown, aunt and uncle, Judy and Fred Ball, all of Summersville, West Virginia. Six cousins in the eastern U.S., Mother-in-Law Edra Drake of Phoenix, Arizona, her aunt Bernice Groves of Wright, Wyoming and her husband James E. Drake, Jr, of Wright, Wyoming and Tempe, Arizona.

Memorials and condolences may be sent in Vanessa’s name in care of Gillette Memorial Chapel 210 West 5th Street, Gillette, WY 82716. Condolences may also be expressed at www.gillettememorialchapel.com

To order memorial trees or send flowers to the family in memory of Vanessa Louise Drake, please visit our flower store.