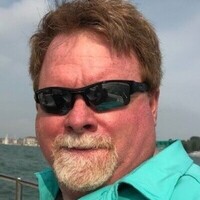 Troy Vernon Manselle was born on December 17, 1968 in Wadena, Minnesota to Terry Lloyd and Judy Ann (Matthiesen) Manselle. Troy grew up on the family farm in rural Deer Creek where he enjoyed farming with his parents and brothers. He graduated from Deer Creek High School with the class of 1987. On September 4, 1987 Troy was united in marriage with his high school sweetheart, Cynthia “Cyndie” Ann Persons in Wadena, Minnesota. Together Troy and Cyndie made their home in rural Deer Creek as their marriage was blessed with 3 children: Kyle Troy in 1989, Eric Lee in 1991 and Danielle Judy in 1997.

During their years in Deer Creek, Troy was employed at Homecrest in Wadena. He enjoyed raising his children, hunting for everything and anything, fishing, camping, four wheeling and reloading ammunition. He served on the Deer Creek Volunteer Fire Department from 1996-2005. Troy continued his education at Minnesota State Community and Technical College in Wadena. In 2000 where he graduated with a degree in electrical engineering. He was employed with Interstate for 5 years and in 2005 Troy and Cyndie made their home in Gillette, Wyoming.

Troy was employed with Bucyrus/Caterpillar where he was an Electrical Service Engineer Technician. He worked with mining equipment, computer, sales, taught classes and most of all problem solved issues. He worked with mines and people from around the world and was very respected. He made many friends because he was so social. Traveling was a huge hobby of Troy’s. He traveled all over United States for both personal and work. He was lucky to also travel internationally to Europe, Africa, China and the Caribbean.

His family was first in his life. The grand babies were his pride and joy and his world rotated around them.

Troy was diagnosed with stage IV pancreatic cancer in the fall of 2019 shortly after suffering from a stroke. He fought hard, defied many odds, and out lived every timeline the doctors gave him. He was accepted into a clinical trial in Houston, Texas. Troy passed away on December 17, 2020 surrounded by his loving family and the gentle care of Houston Hospice in Houston, Texas after being involved in the clinical trial for five weeks. He is now at peace and will be dearly missed by his family and friends.

Memorials and condolences may be sent in Troy’s name to Walker Funeral Home 410 Medical Arts Court, Gillette, Wy 82716. Condolences may also be sent via our website: www.walkerfuneralgillette.com

To order memorial trees or send flowers to the family in memory of Troy Vernon Manselle, please visit our flower store.