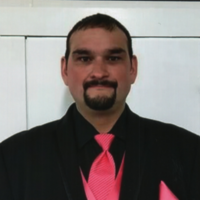 Travis McElwain, also known as "Chief", age 41, of Gillette, Wyoming passed away June 21, 2022.  Travis was born in Sturgis, SD on November 10, 1980 to Kenneth McElwain and Sheela VanDamme.  He was raised and educated there, and later moved to Lake Havasu, Arizona for a short time before relocating to Gillette.  He attended Sage Valley Junior High and Campbell County High School, where he received his GED.

Travis worked for several years in the coal mines.  He was a big Bronco and Harley Davidson fan.  His passions included riding in derbies, riding motorcycles, spending time with his daughters and family, camping and barbeques.  Everyone knows Travis was one hell of a cook!

Travis was proud to find out he was going to be a grandpa in October 2022 to a little boy, Axel Wayne.

A celebration of life will be held on July 9, 2022, from 4pm-7pm at the Moose Lodge of Gillette:  2704 Hackathorn Ln, 82716. Memorials and condolences may be sent in care of Walker Funeral Home 410 Medical Arts Court, Gillette, WY 82716. Condolences may also be expressed at www.walkerfuneralgillette.com

To order memorial trees or send flowers to the family in memory of Travis Wayne McElwain, please visit our flower store.