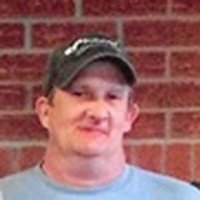 Graveside service for Todd Pittenger will be held at 11:00 a.m., Thursday, May 17, 2018 at Mt. Pisgah Cemetery with Pastor Susan Reichenberg officiating. Visitation will take place from 5:00 p.m. to 7:00 p.m., Wednesday, May 16, 2018 at Walker Funeral Home. Todd Kory Pittenger, 49, of Gillette, WY died Friday, May 11, 2018 of liver failure at Wyoming Medical Center in Casper, WY; surrounded by family. Todd was born in Cooperstown, ND to Leroy and Doris (Gawryluk) Pittenger on January 11, 1969.  Shortly after Todd was born his father passed away; his mother later married James Keller who raised Todd as his own. Todd was the oldest of four children.  Todd attended school at Eastside Elementary, Twin Spruce Jr. High, and graduated from Campbell County High School. After high school he enlisted in the United States Army; where he was part of the 82nd Airborne, where he served for four years at Fort Bragg, North Carolina. After the service he moved to Tyler, TX where he was employed with TXU electric company for 12 years. He returned to Gillette, WY; where he underwent cancer treatment and luckily found himself in remission. He loved many things in life; but first and foremost were his dogs. They went everywhere with him. He also loved to garage sale, visit Custer’s Battle Field and watch “Survivor.” Todd was always willing to give advice and help whenever needed. Todd is survived by his sisters, Juli (Joe) Simmons of Gillette, WY; Karla (Chris) Laws of Milleville, NJ; Kimberly (Bud) Lawrence of Gillette, WY; nieces, Shaila Wooley, Makenna Laws, Bristol Laws, and Sarah Laws; and nephew, Cole Lawrence. Todd is preceded in death by his parents, Leroy Pittenger, Doris Keller and James Keller; grandparents, Pete and Elizabeth Gawryluk; and John and Vi Keller. Memorials and condolences may be sent in Todd’s name in care of Gillette Memorial Chapel 210 West 5th Street, Gillette, WY 82716. Condolences may also be expressed at www.gillettememorialchapel.com

To order memorial trees or send flowers to the family in memory of Todd Kory Pittenger, please visit our flower store.