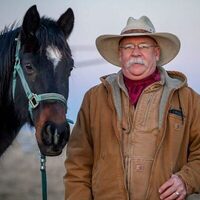 Celebration of Life for Dr. Tim Bohlender will be held from 1:00 p.m. to 7:00 p.m., Thursday, February 17, 2022 at Cam-plex Energy Hall.Dr. Timothy Dean Bohlender, 69, passed away February 10, 2022, at his home in Gillette, Wyoming. Tim was born December 1, 1952, to Abe and Mildred (Coffman) Bohlender in Brighton, Colorado. Tim was the youngest of four children and grew up with three brothers (Rick, Jerry, and Bob) in Brighton, where he graduated from Brighton High School. Following graduation, he worked as a warehouseman and draftsman. He and first wife Cindy Oliphant welcomed daughter Erin Beth shortly after graduating high school. Young Tim always was up for an adventure, especially if it involved fire. Favorite pastimes included camping, fishing, playing basketball, and setting off fireworks. Tim attended night school at Metropolitan State College in Denver while working full time. He graduated with a bachelor’s degree in psychology (minor in math) in 1976. Tim worked in the psych ward at Colorado General for two year and in 1978, he was accepted into the University of Colorado School of Medicine. In 1983, Tim and his wife Cindy welcomed a second daughter, Lindsey Rebecca. Tim graduated with honors in 1984 and completed his three-year residency at St. Joseph Hospital. Following his board certification in family medicine, he opened a private practice, Cherry Creek Family Medicine in Denver, Colorado. During this time of his life, Tim was an avid cyclist, hiker, and runner. He competed in hundreds of races, including the famous Triple Bypass. Tim enjoyed training on mountain roads and logged thousands of happy miles, even when bees got caught in his leg hair and stung him. That’s when he learned to shave his legs. He closed the practice in 1992 and moved to Granby, Colorado, where he worked as an emergency and family-practice clinician at Timberline Family Medicine. Tim thrived in the community and enjoyed practicing rural medicine. When the clinic closed, Tim started working at Granby Medical Center, where he was a well-respected and much-loved emergency and family-practice doctor. Eventually, he was appointed Medical Director. During this time the family, as a whole, took up riding horses and working with animals in 4-H. Tim also enjoyed team penning and competed all across the country in that sport. He dearly loved his champion cutting horse named Ghost. Tim faced some difficult times during 1999 and 2000 when he experienced a severe horse accident followed a few months later by the loss of his beloved brother and friend Jerry. Later in 2000, while participating in Team Penning, a sport he loved, he met Shirra. His world, changed for the better, was now renewed, neither could ignore the deep love and connection they made. On June 8, 2002, Tim married Shirra Jenkins at King Mountain Ranch in Granby, Colorado. Together, they spent the next 5 years riding horses, team penning and enjoying the mountains of Colorado. They eventually felt their family needed one more member. They welcomed son Luke Ryder on October 16, 2007, who was the spitting image of his father. This was a new experience for Tim, since he had never raised a son. Luke and Tim were the best of friends and rarely seen apart. Tim took great joy in sharing with his son his love of horses and all animals. They enjoyed fishing, building massive bonfires, and building RC cars. When Granby Medical Center closed in 2012, Tim, Shirra, and Luke moved to Gillette, Wyoming, where Tim worked at the Campbell County Memorial Hospital Walk-In Clinic. It was difficult at first for this Colorado native to see himself anywhere else, but in a very short time Tim began to say, “Wyoming is what Colorado used to be” and could never see himself anywhere else. After several years, he was appointed Co-Medical Director and was eventually appointed the Medical Director, where he was instrumental in the design and relocation of the clinic as the community knows it today. Tim was so happy in his new practice and loved the patients he could serve in the community. Tim felt at home in Gillette and thoroughly enjoyed practicing small-town medicine, being amongst like-minded people, and building his Gentleman's Ranch west of town. Tim was an avid animal lover as well as a great horseman. His reputation as The Cowboy Doctor, phrases such as,” ride for the brand”, and his signature mustache will forever be imprinted in our hearts. Tim will be missed by so many–his family, his hospital family, the 4-H families, the youth hockey families, and the community at large. He was known for his quirky humor, fatherly advice, staying calm in an emergency, and being a dedicated worker. He is survived by his wife Shirra, son Luke, daughters Erin Hart and Lindsey Bohlender, both of Denver, Colorado; granddaughter Ava Bohlender; and brothers Dr. Robert Bohlender of North Platte, Nebraska and Rick Bohlender of Fort Collins, Colorado. He is preceded in death by his parents Abe and Mildred and brother Dr. Jerry Bohlender. In lieu of flowers, an education fund has been established for Luke at First National Bank of Gillette. You may send donations to First National Bank of Gillette, in care of Luke Bohlender. Memorials and condolences may be sent in care of Gillette Memorial Chapel 210 West 5th Street, Gillette, WY 82716. Condolences may also be expressed at www.gillettememorialchapel.com . If you or someone you know is struggling with thoughts of suicide, please call the National Suicide Hotline at 1-800-273-8255 or text WYO to 741-741. There is help; there is hope.

To order memorial trees or send flowers to the family in memory of Timothy Dean Bohlender, please visit our flower store.