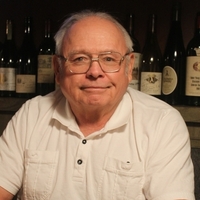 Funeral services for Thomas "Tom" Harrison will be held at 10:30 a.m., Saturday, August 20, 2022 at Walker Funeral Home. Visitation will be held prior to services starting at 10:00 a.m. Thomas Edward Harrison passed away on August 14, 2022 at Campbell County Memorial Hospital in Gillette, Wyoming. Tom was born June 3, 1950 in Sheridan, Wyoming to Joseph David and Annie Marie (Woodhead) Harrison.  He married Carol Ann Dillin on February 1, 1969 in Sheridan, Wyoming where they settled before moving to Gillette, Wyoming in December 1969.  Tom worked for Alamo Service Station, Eaton’s Dude Ranch, and Pepsi Cola prior to moving to Gillette.  When they moved to Gillette, Tom continued to work for Pepsi, the Mobil Gas station, and eventually in 1970 Allen Enterprises where he worked for nearly 22 years.  In 1991 Tom worked for RENEW-CO Supply Company and then in 1993 went to work for Apache Oil Corporation and Citation Oil.  During his career, Tom had several jobs that he enjoyed doing, like working for Craig Vending Service filling candy boxes and restocking vending machines as well as he enjoyed delivering papers for Larry Niswender.  He would also fill in for his former boss Bobby Allen to give him weekend breaks working in the oilfield. He changed to Blackhawk Crane Company in 1996 where he worked until he retired in 2016. Tom was an active volunteer firefighter for many years and held positions as Engineer and Chief.  In 1987, Tom joined the Campbell County Fire Department Color-Honor Guard and also received firefighter of the year. Tom was a selfless person with a gentle soul and a great mind.  He looked for solutions to problems constantly and would come up with a more simple solution. He loved to tinker with things in his shop and the yard.  He was a very handy craftsman and would build simple items like cabinets to complex roofing and deck projects.  Tom loved to travel and took trips to Niagara Falls, Germany, Hawaii, Disneyland, and many outdoor trips for camping and fishing.  He enjoyed spending time with his family and all of his extended family.  He enjoyed hosting parties for family at his house in Antelope Valley. Tom is survived by his wife of 53 years Carol Ann (Dillin), two sons Noel (Michelle Toohey) of Salt Lake City, UT and Ed (Stephanie) of Salt Lake City, UT.  8 Grandchildren, Thomas and Katelin Harrison of Denver, CO, Makayla Marie and Cheyanne Michelle Toohey of Windsor, Colorado  Dillin, Jacob, and Lauren Harrison all of Salt Lake City, UT and Isabelle McCrady of Salt Lake City,  2 Great Grandchildren Jaxon and Elliot Wheeler of Salt Lake City, UT.  He is also survived by a brother Bill of Sheridan, WY.  And many, many, many nieces and nephews. Memorials and condolences may be sent in Tom's name in care of Gillette Memorial Chapel 210 West 5th Street, Gillette, WY 82716. Condolences may also be expressed at www.gillettememorialchapel.com

To order memorial trees or send flowers to the family in memory of Thomas "Tom" Edward Harrison, please visit our flower store.