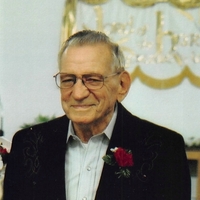 Mass of Christian Burial for Tom Svalina will take place at 11:00 a.m., Friday, December 11, 2020 at St. Matthew’s Catholic Church with Father Cliff Jacobson officiating; interment to follow at Mt. Pisgah Cemetery. Visitation will be held from 4:00 p.m. to 6:00 p.m., Thursday, December 10, 2020 with prayer vigil to follow at 6:00 p.m. The Heavenly Father called Thomas Ivan Svalina to join him in eternity on December 8, 2020. He spent 88 years with us before moving on to heaven. At the time of his passing he was living in Gillette, Wyoming surrounded by children and grandchildren. Tom as he was known was born in Oshoto, Wyoming on February 18, 1932 to Pete Svalina and Margaret Svalina, (Noonan). He was raised ranching and had early schooling in an Oshoto country school before graduating high school in Sturgis, South Dakota. Later he married Theresa Baker and they had three children before separating. He later married Alice Niswender (Olmsted) and she graced Tom with two more children that she brought with her. Then they had two children together. While living in Oregon Tom and Alice had two tv shops as Tom was an avid electrician and liked to work on TVs. When the couple moved to Rozet they opened another tv shop and started ranching in Rozet. Tom really enjoyed bowling. He even built and opened his own bowling alley in 1984. He loved being at the bowling alley and was there just about every day and spent most of his time at the alley until he sold it years later. He also enjoyed his cows and being on the ranch. You could see the joy in his face when he was looking at the new calves. He was famous for pulling pranks and was quick to tell a joke. He was a regular attendant of St. Matthews church in Gillette. Tom was preceded in death by his father, mother, brother, Jack Svalina, sister, Mary Anne, sister, Ellen Thompson, and two grandchildren, Robert Glenn Svalina Jr. and Tyler Svalina. Tom is survived by his brother, Frank Svalina of Oshoto, WY;  his seven children, Thomas and Mindy Svalina Gillette, WY; Kelly and Carol Niswender Campbellsville, KY; Shane and Elizabeth Niswender Gillette, WY;  Kenny Svalina Gillette, WY: Timothy and Beth Svalina Topeka, KS;  Robert and Heidi Svalina Rozet, WY; and Karen and Anthony Johnston Rozet, WY. He is also survived by numerous grandchildren, nieces, nephews and great-grandchildren. Angels have carried him away, but he will stay in our hearts and minds forever. Memorials and condolences may be sent in care of Gillette Memorial Chapel 210 West 5th Street, Gillette, WY 82716. Condolences may also be expressed at www.gillettememorialchapel.com

To order memorial trees or send flowers to the family in memory of Thomas Ivan Svalina, please visit our flower store.