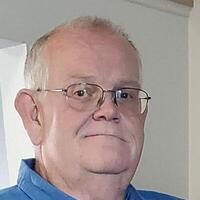 Thomas Lee Nash “Tom” passed away on Saturday December 12, 2020 after losing his battle to Covid Pneumonia.

Tom was born in Clinton, Illinois and graduated from Arthur High School in Arthur, Illinois in 1979. After graduation Tom and his family made the moved to North Port, Florida. North Port would be his home until 2000. It was also the birthplace of Tom’s 5 daughters. In June of 2000, Tom and the family made a move once again. This time to his final home in the town Gillette, Wyoming.

Tom enjoyed many hobbies including camping, fishing, working on cars, drawing, and building model cars. None of these compared however to the joy and happiness he felt when spending time with his loved ones.

He is preceded in death by his parents, his two brothers Dan and Dale, his sister Nancy, and his daughter Amanda.

To order memorial trees or send flowers to the family in memory of Thomas Lee Nash, please visit our flower store.