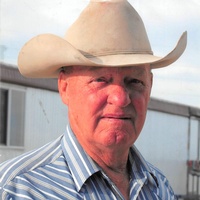 Memorial service for Ted Zahn will be held at 10:30 a.m., Saturday, September 29, 2018 at Gillette Memorial Chapel with Pastor Dave Caldwell of Journey Church officiating. Ted Zahn 81, long-time resident of Gillette, WY passed away on Friday, September 21, 2018 at Close to Home Hospice in Gillette. Ted was born on September 18, 1937 to Wendelin and Rose (Keller) Zahn in Bismarck, ND. He grew up in Center, ND until enlisting in the US Army at the age of 17. He married Lori Werner on February 8, 1958 in Fountain, CO. To this union they had three daughters and one son. Ted served in Korea and Vietnam and spent his latter years of service in Fort Carson, CO. During his time in the service he received three bronze stars and numerous other commendations. He was immensely proud of serving his country and was deeply patriotic. In 1978, Ted moved to Gillette where he started a construction company, mainly doing dirt work for various builders in the community. Ted was involved in the Gillette Speedway racing modifieds and serving on the Board. He was also a member of the VFW and American Legion. Ted enjoyed watching and attending rodeos (stemming from his earlier days as a bullrider), spending time with his grandchildren, haying season, restoring and working on old tractors, and coffee time at the local coffee shop. Ted is survived by his children, Wanda Knudson of Bismarck, ND; Brenda Zahn; Velma Gibbs and Lee (Heather) Zahn all of Gillette, WY; seven grandchildren, Beckie Wulf, Wendy (Jason) Fisketjon, Easton Zahn all of Gillette, WY; Joshua (Amber) Knudson of Mandan, ND; Kelsie (David) Leonard of Minneapolis, MN; Lori Dougherty of Westminter, CO; and Greg Dougherty of Houston, TX; seven great-grandchildren with two on the way. Sisters, Bernice Etherington, Emy Thomas, Cathy Thomas, Laverne Hoffman, and Janice Thuerer all of North Dakota. Honorary family members Les and Brenda Davis of Gillette, WY and numerous nieces and nephews. He is preceded in death by his parents, Wendelin and Rose Zahn; wife of 50 years, Lori Zahn; sister, Arlene Shutte and granddaughter, Tierney Zahn. In lieu of flowers the family request that memorials be made in Ted’s name to the American Legion. Memorials and condolences may be sent in Ted’s name care of Gillette Memorial Chapel 210 West 5th Street, Gillette, WY 82716. Condolences may also be expressed at www.gillettememorialchapel.com

To order memorial trees or send flowers to the family in memory of Thaddeus "Ted" Zahn, please visit our flower store.