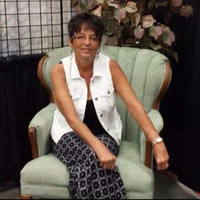 Funeral Service for Susan Trancynger will be held at 11:00 a.m., Friday, December 17, 2021 at Gillette Memorial Chapel with Father Cliff Jacobson officiating; interment to follow at Mt. Pisgah Cemetery. On December 8 2021, Susan Trancynger lost her long battle with Lupus.  Her life journey started on July 2, 1961 at St Joseph Hospital, Deadwood South Dakota.  During her school years she participated in many activities including, the marching band where she played the drum’s, rode her unicycle as well as twirling her fire baton and lettering in track. She graduated from Lead High School in Lead, South Dakota. After high school she held many different jobs, but her favorite was when she was a baker at Lead City Bakery. It was there that she met the love of her life, Thomas C Trancynger. During their courtship Susan had moved to Sioux Falls, South Dakota where she had further training as a baker. In the spring of 1982 Susan moved back to be closer to Tom. They were married a year later on May 28th, 1983 at St. Joseph Catholic Church by Father William O’Conell in Spearfish, South Dakota. Spearfish was where they started their life together. Susan and Thomas were blessed with two wonderful children. Steve D Trancynger and Nicole M Larsen (Trancynger). When the children were old enough to attend school, Susan did volunteer work at West Elementary school where she met so many amazing friends. When she was not busy helping out at the school, she was donating her time to the Meals on Wheels program in Spearfish. She was always willing to help anyone in need and truly enjoyed every minute. For those who really knew Sue, knew she had a love for fashion and spent many years in related industries we always joked with her saying that she was “The fashion police”. She never strayed away from hard work, Sue worked as long as she could until her Lupus forced her to leave and take disability. When she was feeling better, she loved golfing, fishing, camping, playing cards and beating Tom at chess. Sue also had a love for motorcycles and introduced Tom to them. They spent many hours touring the Northern Black Hills. Unfortunately, her Lupus flared again, and she was no longer able to ride. Sue was most passionate about her grandchildren: Gracie M Larsen, Madisen P Larsen, Hannah M Trancynger and James P Trancynger. She never missed an opportunity to spend time with them she would call them almost daily along with her brother John and sister Sherry with whom she was very close, John and Susan had conversations that could last an hour. Susan was very close to all her brothers and sister, one particular remembrance we had of their relationship was between Susan and Sherry, they would say “Sherry you are my peanut butter to my jelly sandwich” and  Sherry would reply with “Suzy you are my jelly to my peanut butter sandwich”.   Sue and Tom moved to Gillette Wyoming in summer of 2014. Where she again touched many hearts. Susan is survived by her husband Thomas C. Trancynger, her son Steve D. Trancynger, his wife Michelle Trancynger; her daughter Nicole M. Larsen (Trancynger) her husband Brent Larsen; her grandchildren Gracie, Madisen, Hannah, and James; her sister Sherry Leaver (Kenny), John Coffield (Judy), Jack Coffield, Kasey Coffield (Kristine), and several nephews and nieces, many great nephews and nieces. She is proceeded in death by her mother Kitty Coffield, paternal grandparents Jack and Dell O’Dell Edgar and Doris Coffield, Chester and Antoinette E Trancynger James O'Dell, Royce and Betty Coffield and Gene Hamm. Memorials may be made to benefit Shriner's. Memorials and condolences may be sent in care of Gillette Memorial Chapel 210 West 5th Street, Gillette, WY 82716. Condolences may also be expressed at www.gillettememorialchapel.com

To order memorial trees or send flowers to the family in memory of Susan Dell Trancynger, please visit our flower store.