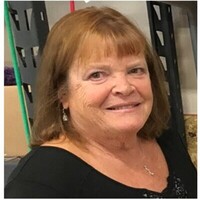 Funeral services for Susan Sharp will be held at 10:00 a.m., Thursday, October 21, 2021 at Family Life Church with Pastor Marty Crump officiating; interment at Mt. Pisgah Cemetery. Visitation will be held from 4:00 p.m. to 6:00 p.m., Wednesday, October 20, 2021 at Gillette Memorial Chapel. Susan went home to be with the Lord on October 12, 2021. Susan was born December 19, 1948 in Sutton Coldfield, Warwickshire, England to Dacre Keith and Constance Moore, she was an only child.  She attended grade school at St. Agnes Convent in Erdington, England, and High school at Erdington Grammar School for Girls, graduating in 1967. Growing up her family was close knit to her mother’s sisters family, maternal grandparents and lots of cousins, spending holidays at various coastal places.  She attended Holy Trinity Church of England and the Crusaders Sunday school which also had summer camps she attended during her youth.  She gave her life to Jesus when she was 12, and in the summer of 2010 was re-baptized and rededicated. At 16 she went on a winter skiing trip to Austria with her school and the following summer her godmother took her to Italy on holiday as a babysitter for her godmothers 2 boys.  She went to Spain with her parents one summer, and in 1966 did and exchange with a student in Yugoslavia, who came and spent the following summer in England. Upon graduating high school, she applied for a work visa to the USA and got a job as a nanny in Parkman, Wyoming where she met her husband Sidney J (Rusty) Sharp and they were married In December 1968. They were blessed with two sons, Steven James in 1970 and Sandy Jay in 1975.  After working various places, Rusty went to work for Amax Coal Company in 1977 and the family moved to town. When Sandy started Kindergarten, she went to work in 1980 for Sontag Chiropractic Office and eventually became their office Manager. In 1991 she left there and started work as a sub for Campbell County Public Library (her dream job) where she worked until her retirement. She loved travelling, camping, fishing, sewing, genealogy, and reading and studying the bible. She is survived by her husband Sidney J (Rusty) Sharp and son Sandy (Wife Ramsey) granddaughter Sara, Grandson Scott and various cousins in England.  She is preceded in death by her parents and son Steven James. In lieu of flowers the family request that memorials be made to benefit Campbell County Suicide Coalition. Memorials and condolences may be sent in care of Gillette Memorial Chapel 210 West 5th Street, Gillette, WY 82716. Condolences may also be expressed at www.gillettememorialchapel.com

To order memorial trees or send flowers to the family in memory of Susan Jayne Sharp, please visit our flower store.