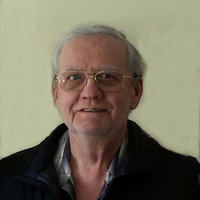 Stuart Ian Craig, 72, of Gillette, WY passed away on June 19, 2021 after a long and valiant battle with cancer and heart disease. Ian was born on November 29, 1948 to Doug and Shirley Berenice (Bunty) Craig in Edmonton, Alberta.  They moved to Calgary, Alberta when he was very young.  During High School, he worked at ranches in the Longview area of southern Alberta, on survey crews in northern Alberta, and for several years on a friend’s tobacco farm in Rhodesia (now Zimbabwe) Africa. In 1976 he moved back to Alberta and started working for Hi-Tower Drilling as a rig hand in far northern Alberta. In 1976, he met Teresa Mae Pittman from Warner, Alberta and they were married in 1977 and lived in Calgary. Their first son, Travis, was born there. The oilfield was booming, and his rig moved to Montana in 1981.  Hi-Tower was bought out by Apollo Drilling and as a Tool Pusher, he was offered a job in Gillette, WY to take over a new diesel electric rig they were building in the KG Construction Yard across from Albertson's. The family moved to Gillette and Ian managed the rig for Apollo, then Caza Drilling in Wyoming, Utah, North Dakota, Colorado and Nevada until he retired in 2001 due to health problems. Ian is preceded in death by his parents and his son, Travis. He is survived by his wife, Teresa, his brothers Ken Craig (Courtenay, BC) and Robert Craig (High River, AB), his two sons, Dustin (Upperville, VA) grandchildren Carter Ian and Eleanor Rose Craig, and son Logan (Amanda VanDyke) Craig, White Rock, NM. Although much of his adult life was spent living onsite at the rig, when he was home, he and his family spent summers camping in the Bighorn Mountains, Alberta and British Colombia. He loved the mountains, nature and teaching his boys camping, carpentry, mechanics, gourmet cooking and love of science and technology. As per his wishes, no services will be held. Memorials and condolences may be sent in care of Walker Funeral Home 410 Medical Arts Court, Gillette, WY 82716. Condolences may also be expressed at www.walkerfuneralgillette.com

To order memorial trees or send flowers to the family in memory of Stuart Ian Craig, please visit our flower store.