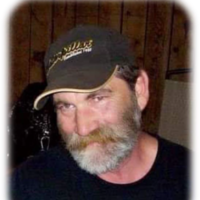 Steven Lynn Hartle of Ranchester, WY passed away Saturday December 19th, 2020 at the age of 67.  Steve “Clem” was born in Sioux Falls, SD January 13, 1953 to Edward and Dorothy Hartle.  His family moved to Hill City, SD when Steve was 7 years old.  He graduated from Hill City High School in 1971 and resided in the Hill city area until 1999.  He loved the outdoors, from hunting and fishing, riding his Harley, to working in the timber industry.  Steve’s career in truck driving enabled him to travel where he found his love for the mountains and led to his new home in the Sheridan, WY area.

Steve had an unconditional love for his family and friends.  Steve never knew a stranger, as everyone who met him was welcomed and loved as family.  He was an amazing man that touched so many lives deeper than words can express.  His memory will live on through us all forever.

Cremation has taken place and a celebration of life will be held at a later date.  Donations, memorials and condolences may be sent in Steven Hartle’s name in Care of Walker Funeral Home in Gillette, Wy or to the Hartle Family at PO Box 2763, Gillette, WY  82717.

To order memorial trees or send flowers to the family in memory of Steven Lynn Hartle, please visit our flower store.