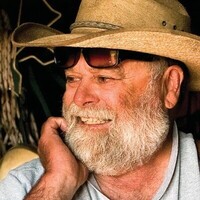 It is with great sorrow and tenderness that we announce the passing of Stephen G. (“Steve”) Sorenson, 75, of Gillette, Wyoming.  As Steve would say, the last few years were “one bucking thing after another” for him. His last hospital visit was an eight-second turn out of the chute that ended with a loving sigh from him on the morning of April 18th, 2022, with his family by his side.  He was a beloved husband, father, grandfather, brother, and friend to many.  He will be dearly missed.

Steve arrived with boots and saddles on October 25th, 1946, in Newcastle, Wyoming.  He was the second son of Robert C and Bonnie Sorenson.  He grew up (more or less) on the Sorenson Ranch (a Wyoming Centennial Ranch) just north of Horse Creek (near Wildcat) with his siblings Robert L and Charles Sorenson, and Jan Cundy.

Steve graduated from Campbell County High School in 1965, and married the love of his life, Jalene Balkenbush, shortly thereafter.  He and Jalene first met at the Piney Dude Ranch in Story, after his rascal uncle Glenn gently nudged them in the same direction. They shared a love of horses and each other for more than sixty years—57 of which they were married. Steve loved Jalene for a lifetime, even though she soundly beat him to the end of the road in a horse race on the first day they met.  “She had a better horse,” Steve would say.  His family suspects he was smart enough to let her win.

Those who had the privilege of knowing Steve know that his life was one wild ride.  Steve relished being a prankster.  He broke rules that did not matter, and would tell everyone he was proud to be from “the great state of Wyoming.” He often greeted strangers, with his sparkling eyes and ranch-hand grip, saying “glad to know you“ and he meant it.

Steve was gifted at actually getting to know you, in his gentle way.  He would easily ask about your interests, your family, and your hopes and dreams. At the same time, Steve would engage you with his own complex and hilarious stories, many of which were (most likely) pretty-much true.  If you were lucky enough to witness him laughing at one of his own stories or jokes in that belly shaking, wheezing, teary-eyed way about him, you would inevitably end up in your own belly-shaking, wheezing, teary-eyed misery. In his presence, it was not possible to feel unloved—especially at the ranch, or in hunting camp, or around a campfire in the Big Horns.

Steve taught “shop” at Twin Spruce Junior High in Gillette for 17 years, and at the Wyoming Boys’ School in Worland for two years before that.  He worked at the ranch every summer of his life.  He was a storyteller, a horseman, and a dog whisperer.  He was also a friend and mentor to anyone that crossed his path in need, and especially to his students.  In recent years, he (mostly) tolerated and completely loved the Republicans in his life as well.

Steve deeply loved, and is survived by, his own sons (Jim and Chris) and his siblings, as well as the many nephews, nieces, cousins, foster sons and daughters he knew over the years.  Steve spoiled and teased his grandkids Ryan, Danilee, Olaf, Liv, Marta and Tove Sorenson, as well as his great-grand-daughters Oakley and Caylee Bevan, every chance he got.  He did the same with all of the many foster grandkids in his life.  He also leaves behind the world’s most loyal dog, a Mcnab named Taser. “Best damn cow dog I ever saw,” Steve would say.

Visitation will start at 5 p.m. on April 25, 2022 at the Gillette Memorial Chapel, 210 W 5th Street.  An open mike will be available for stories at around 6 p.m.  Funeral services will be on April 26 at the New Life Wesleyan Church, beginning at 11 a.m., followed by a burial at Mt. Pisgah Cemetery, and a light lunch back at New Life Wesleyan.  If you are so inclined, in lieu of flowers, please send donations in Steve’s Honor to the Y.E.S. House in Gillette, an organization close to his heart.  Memorials and condolences may be sent in care of Gillette Memorial Chapel 210 West 5th Street, Gillette, WY 82716. Condolences may also be expressed at www.gillettememorialchapel.com

To order memorial trees or send flowers to the family in memory of Stephen G. Sorenson, please visit our flower store.