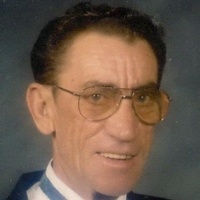 Funeral service for Sid Waldrop will be held at 10:00 a.m., Thursday, May 23, 2019 at Walker Funeral Home with MinisterRandy Blakeman officiating. Sid and Kay will both be laid to rest together at Mt. Pisgah following the service. Sid Gerald Waldrop was born on January 6, 1941 to Johnnie and Charlie Waldrop in Roscoe, TX. He passed away May 19, 2019. His early life was spent in Texas, until his family moved to Wyoming; where he began his life in the oilfield until his retirement in 1997. On April 11, 1974 he married Kay Lass, upon this marriage they had two children, Kassie and John. In 1997, Kay and Sid purchased The Haven in Pine Haven, WY where they purchased the Empire Guest House, Cozy Motel, and subdivision with Marshall and Pam Davis. Upon selling their properties they retired to Shady Cove, OR until Kay’s untimely death on October 22, 2014. Sid returned to Gillette to spend time with his children and grandchildren until his death. He was a unique person in the fact that he went into Hospice on March 15, 2017 being told he wouldn’t live until Easter of that year. He told his children that he wasn’t staying there. He would scoot out on his rear if he had to. He did not have to scoot out, he drove himself home May 15, 2017. He lived on his own until his death on May 19, 2019; two years and four days from the time he left hospice. Sid enjoyed hunting, fishing, and telling stories. He was passionate about his children and grandchildren. He is survived by Kassie (Jimmy), Johnathan, Jaxon and Jerzi Aasen; John “Wally”, Trisha, Hayden, Reide, Channing, Jentri, and Briar Waldrop; his very special brother, Don Waldrop and his special sister-in-law, Carolyn Waldrop. He was preceded in death by his wife, Kay and his parents. Memorials may be made in Sid’s name to benefit Primrose Retirement Community. Memorials and condolences may be sent in care of Walker Funeral Home 410 Medical Arts Court, Gillette, WY 82716. Condolences may also be expressed at www.walkerfuneralgillette.com

To order memorial trees or send flowers to the family in memory of Sid Gerald Waldrop, please visit our flower store.