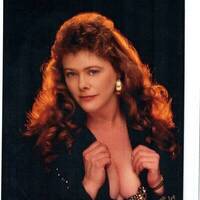 Shirley Rossiter, 64, of Gillette, died Thursday, January 13, 2022 after a short battle with cancer. Shirley Ann Rossiter was born the daughter of Charles and Shirley (Hilton) Booth in Custer, S.D.  She was raised and educated in Custer.  She worked at Judy's Cafe while in school and until it closed. In 1979 she came to Gillette, here she worked at the Fireside Lounge up until her recent diagnosis.  Shirley worked there over 39 years. In 2002, she married her love, Gary Rossiter in Gillette. Together they enjoyed horseshoes, darts and camping. Shirley was survived by her husband Gary; step-son, Justin Rossiter; two step-granddaughters; two step-grandsons; sister, Misty Phillips of Phoenix; brothers: Darrell Booth of Custer, Mark Tucker of Gillette, Roger Cane of Rapid City; numerous nieces and nephews.  She was preceded in death by her parents and one sister. Memorials and condolences may be sent in care of Gillette Memorial Chapel 210 West 5th Street, Gillette, WY 82716. Condolences may also be expressed at www.walkerfuneralgillette.com

To order memorial trees or send flowers to the family in memory of Shirley Ann Rossiter, please visit our flower store.