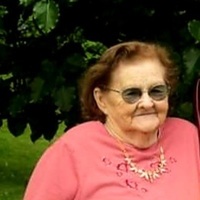 Funeral service for Shirley Dillinger will be held at 10:00 a.m., Friday, October 15, 2021 at High Plains Community Church with Pastor Dan Morgan officiating; interment at Pleasant Valley Cemetery. Visitation will take place from 4:00 p.m. to 7:00 p.m., Thursday, October 14, 2021 at Gillette Memorial Chapel. On October 8, 2021 Shirley Ann Dillinger was called home. She was born April 22, 1935 in Lincoln, Nebraska to her biological parents Robert and Orlena Hobbs. She had four biological siblings; Betty June, Lawrence, Russell, and Rozella all of whom preceded her in death.  She was adopted by Albert and Miriam Wells around the age of 2. She had three brothers; Elmer Levi, Cecil Thurston, and James Duaine Wells all of whom preceded her in death. James died at the age of 17.  Elmer served in the Army’s 179th Infantry 45th division and was killed by enemy mortar fire in 1952 near Chorwon during the Korean War and is buried in Custer National Cemetery. Cecil who was an Army veteran died in 1998 and is buried at Saint Ann’s Cemetery in Belcourt, North Dakota. Although, short in stature she was quite the spitfire. Others described her as “ornery,” “feisty”, “stubborn”, and “full of life.” She could go up to anyone and chat up a storm. When anyone asked how she was doing she would come back with “Orney as ever” or “Up to no good.” And she loved to end her conversations with “don’t do anything I wouldn’t do.” Which anyone who knew her, knew left a lot to the imagination. She worked several jobs, mostly two at a time, throughout her life including Pioneer Manor, Anthony’s, Stage, Hardee’s, Coffee Cup, but most people probably remember her as the teacher’s aide at the junior high where she was known as “Segreant Stubbs.”  She always had the best stories about homesteading and ranch life. Like how when she was between the ages of 8-10 she was out on her horse and they came across a bobcat. The horse kicked and broke the bobcat’s back and apparently, she hopped off and hit it with rocks, put it up on her horse and rode back to the house. It was after that her dad thought she needed to learn how to shoot. And legend has it she was known for being a good shot with her 30/30. She loved animals, nature, and wildlife. She would spend hours just watching the deer, wild turkeys, and other wildlife that would come to graze on the land. She loved her cats and rescued many during the course of her life. She had many hobbies that including sewing, quilting, reading western romance novels, crossword puzzles, and word search. Many people benefited from her quilting skills, as she would often gift her quilts for special occasions like graduations, weddings, and births. She is survived by her two sons Norman (Kathleen) Dillinger, Lawrence Dillinger; her grandchildren Tori Dillinger, James Dillinger.  The family request that memorials be made to benefit Amie Holt Care Center, Buffalo, WY. Memorials and condolences may be sent in care of Gillette Memorial Chapel 210 West 5th Street, Gillette, WY 82716. Condolences may also be expressed at www.gillettememorialchapel.com

To order memorial trees or send flowers to the family in memory of Shirley Ann Dillinger, please visit our flower store.