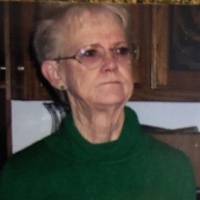 Sherry was born on January 26, 1949 in Afton, Wyoming to Albert and Leona O’Hair. She attended Campbell County High School until her sophomore year when she met the love of her life Robert “Lee” Thomas. Two weeks later, on April 16, 1966, they were married. During their 40 years of marriage they had a daughter, Christal, and twin sons, Terry and Gary.

Sherry received her GED in 1979 and worked as a bookkeeper for several businesses throughout her life. She loved having a full house during the holidays and being able to cook a feast for her family while everyone was visiting, laughing, and making memories. Her kids and grandbabies were her pride and joy. Her hobbies included ceramics, macramé, sewing, and quilting. She also loved her Bingo and daily lunch outings with her many friends.

Sherry is preceded in death by her husband, Lee; parents, Albert and Leona; sister, Bertie Sherman; and brothers, Dean and Billy O’Hair. Memorials and condolences may be sent in care of Gillette Memorial Chapel 210 West 5th Street, Gillette, WY 82716. Contributions to support the cost of final wishes and condolences may be made at www.gillettememorialchapel.com

To order memorial trees or send flowers to the family in memory of Sherry Gene Thomas, please visit our flower store.