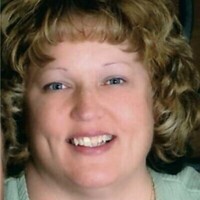 Memorial service for Sherry Newbanks will be held at 2:00 p.m., Thursday, March 17, 2022 at Church of Christ with Kevin Frank officiating. Sherry Kimsey Newbanks was born with coal black hair and two front teeth in York, Nebraska on November 10, 1960 to David and Nancy Cornish Kimsey.  Sherry attended school in Geneva, Nebraska until the fourth grade.  They then moved to Riverton Wyoming where she attended school until the eighth grade when her family moved to Gillette.  She graduated in 1979 from Campbell County High School.  She enjoyed her high school years with Ronda, Collie Jo, Mary Kay Klancie, Echo and Coy! She married Danny Lanig in July 1979 and into this union was born her son Joseph and daughter Cristy.  They were divorced in 1985.  She met Larry Newbanks and they were married in 1986 and to this union was born their son Tyler. She was a member of the Church of Christ and loved to hang out with her kids and grandkids.  She liked to go fishing, play cribbage, penuckle, watch movies and loved auctions.  She sewed quilt tops with her friend Vickie. In 2003 Sherry was diagnosed with dermatomyositis with ILD, where she had to be on oxygen fulltime. It was a hard fight to keep this disease under control but she hung in there thanks to God, a great family, friends, her doctors and nurses, Lincare, Kmart pharmacy, CCMH and Sheryl at Blue Cross. Thanks! Sherry worked for Kmart, Quick Shops, and her last job was for the Gillette News-Record for over 17 years.  She had a big smile and a kind heart.  Loved to go on trips out of town with her family and friends.  Rapid City here we come, hang on Madeline and Vickie! Sherry is survived by her husband Larry of over 27 years, son Joseph Lanig of Temecula, California, daughter Cristy (Austin) Schuh of Edmond Oklahoma and son Tyler (Kayla) Newbanks of Jensen Utah. Five precious grand kids, Cooper Schuh, Zoey and Zinnia Lanig and Ellinor and Willa Newbanks.  Sisters Susan Towles of Grand Junction, Colorado, Kelly (Dave) Sinkbeil, Sun Lakes, Arizona, and Jo (Ken) Rogers of Gillette as well as numerous aunts, uncles, nieces, nephews and cousins. Her closest friends Madeline Martinez and Vickie Sautner of Gillette. She was preceded in death by her father and mother, David and Nancy Kimsey, grandparents Clement and Opal Kimsey and Robert and Velma Cornish.  An aunt Janice Kimsey, uncle Del Ray Cornish, her mother-in-law Kay Kohle and brother-in-law Billy Towles. In lieu of flowers, donations can be made to Mountain States Children’s Home, 14780 North 107th St., Longmont, CO 80504 or Wyoming Bible Camp, in care of Mark Holland, 5030 E. 17th St., Casper, WY 82609.

To order memorial trees or send flowers to the family in memory of Sherry Lynn Newbanks, please visit our flower store.