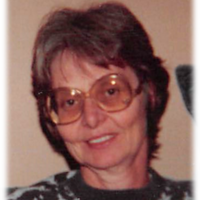 Sharon Marie Francis, age 80, of Upton, Wyoming passed away peacefully on Monday, July 25, 2022, while staying in her, home away from home, The Legacy Living and Rehab Center in Gillette, Wyoming, surrounded by her loved ones. She was tired and her body decided, enough was enough, and it was time to be reunited with her beloved husband, Leslie Earl Francis.

Sharon was born on July 23, 1942, the daughter of Howard Richard and Hazel Nevada (Crocker) Henderson in Alliance, Nebraska.  She was raised there but spent much of her time in Scottsbluff with her grandmother and cousins, having gone to high school there. In high school she met the love of her life, Leslie, and they were married on August 23, 1959, in Scottsbluff, Nebraska.  Sharon met Les through one of her good friends from high school, Judy Holmes. Judy invited Sharon to go with her to her cousins who turned out to be Leslie and Vera Francis.

Sharon and Leslie raised their children in Northeast Wyoming, settling in Upton in 1971-72, before that, residing in Newcastle, WY, Lead, SD, Roundup, MT, and Torrington, WY. Sharon followed in her mother’s footsteps and became the best wife, mother, and homemaker. Holidays were the best of times. She would always make her kids new outfits for Easter and Christmas. She was a talented crafter, always working on a project for the TOPS craft bazaars. She was a long-time member of the Taking Off Pounds Sensibly (TOPS) organization, having held each lead officer role and winning many awards for maintaining her weight. She excelled in making sure her family had the best memories, making each occasion a special one. After her kids grew up and out, she filled her empty nest with Chihuahuas. They were her babies until she could no longer care for them and she took on part time jobs to keep busy. She eventually gave up the crafts and her new passion became bingo.  She was a bingo queen! Living up to that legacy to the very end.

The family would like to extend their deepest gratitude for all who have touched Sharon during her life.

Funeral services for Sharon will be conducted on Friday, July 29th beginning with a visitation at Gillette Memorial Chapel at 11am, followed by a graveside service at Mt. Pisgah Cemetery immediately after.  Memorials and condolences may be sent in care of Gillette Memorial Chapel 210 West 5th Street, Gillette, WY 82716. Condolences may also be expressed at www.gillettememorialchapel.com

To order memorial trees or send flowers to the family in memory of Sharon Marie Francis, please visit our flower store.