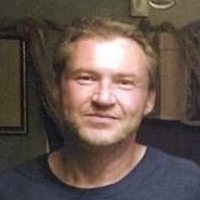 Memorial service for Scott A. Archer will be at 1 p.m. Thursday, February 20, 2020 at Walker Funeral Home with Pastor Daryl Hilbert officiating. Scott Archer age 49, passed away at his home in Gillette, Wy on February 10, 2020 of unknown causes. Scott Alan Archer was born on January 3, 1971 to Kenneth and Joyce (Tennant) Archer in Gettysburg, SD.  He spent his early years in Gettysburg before moving with his family to Wright, WY.  Elementary years were spent in Moorcroft, WY.  Scott received his GED. Scott lived in western South Dakota most of his adult years.  He graduated from Western Dakota Tech in Rapid City, SD as a licensed practical nurse.  Scott worked various jobs in nursing in South Dakota.  He also spent time working in Deadwood casinos and an antique store in Keystone, SD. The last five years were spent in Gillette, WY around family. Scott is survived by his sisters; Karen Archer and Debbie Rhoades of Gillette, WY; brothers, Kevin (Corine) Archer; Steve (Traci) Archer of Santa Rosa, CA; many nieces, nephews and other relatives and friend. He is preceded in death by his parents, and two brothers, Charles (Chuck) and Rodney Archer. Memorials and condolences can be sent in care of Walker Funeral Home 410 Medical Arts Court Gillette, WY  82716. Condolences may also be expressed at www.walkerfuneralhome.com

To order memorial trees or send flowers to the family in memory of Scott Alan Archer, please visit our flower store.