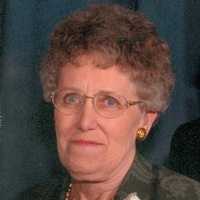 Mass of Christian Burial for Sara “Sally” Rigsby will be held at 2:00 p.m., Friday, April 6, 2018 at Walker Funeral Home. Visitation will take place from 4:00 p.m. to 6:00 p.m., Thursday, April 5, 2018 at Walker Funeral Home, with Vigil to begin at 6:00 p.m. Sara Rigsby age 86 passed away Monday, April 2, 2018 at The Legacy Living and Rehabilitation Center of natural causes. Sara “Sally” Helen (Schei) Rigsby was born May 9, 1931 to Christopher Schei and Mary Eileen Burns in Omaha, Nebraska.  When she was 5 years old, her father died and she was raised by her mother and her grandparents, James and Agnes (Connelly) Musselman Burns in Lyons, Nebraska. After graduating from high school in Lyons, Nebraska, Sally attended the University of Nebraska in Lincoln for one year.  She then moved to San Francisco, California to start a job as a secretary.  She met a sailor by the name of Henry Rigsby and they were married in September, 1951 in San Francisco. After marriage, they moved to Texas, then to Colorado, and ended up in Wyoming.  They resided in Cheyenne, then Torrington, then Riverton for 40 years and finally in Gillette for 14 years. To this union 5 children were born; Christopher, David, Ruth Louise, Douglas and Curtiss. While raising her five children she was very active in the St. Margaret’s Catholic Church in Riverton.  She was organist for many years and sang in the choir. She is survived by her husband of 66 years, Henry.  Besides her husband, she is survived by children, Chris (Suzann) of Gillette, WY; David (Nancy) of Albuquerque, NM; Douglas (Cynthia) of Gillette, WY; and Curtiss (Vivian) of Brighton, CO.  She is also survived by ten grandchildren and 19 great-grandchildren.  She was preceded in death by her parents and grandparents, her sister Evelyn, her daughter Ruth Louise, and her grandsons, Mark, Tim, and Jeff Rigsby. A memorial has been established in her name to Close To Home Hospice of Gillette, Wyoming and may be sent in care of Walker Funeral Home 410 Medical Arts Court, Gillette, WY 82716. Condolences may also be expressed at www.walkerfuneralgillette.com
To order memorial trees or send flowers to the family in memory of Sara "Sally" Helen Rigsby, please visit our flower store.