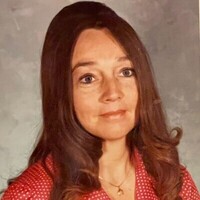 Sandra (Sandy) Kay Ness, 79, of Gillette, went to be with the Lord on Friday, December 3, 2021.  Sandy was born on November 28, 1942 to Raymond Routh and Mildred Walker in St. Joseph, Missouri. On September 30, 1961, Sandy married Dale Geesaman.  They resided in Savannah, Missouri and had 3 children; Tawny, Dale and Christy.  They later divorced. On April 27, 1974, Sandy married the love of her life, Melvin Ness.  That same year Sandy and Melvin moved the family to Gillette, Wyoming. Sandy was very involved with her church throughout the years and took her faith very seriously. She loved to spend time with her family.  Her grandkids and great grandkids were the light of her life.  She taught them how to can and bake which created a tradition that is still done today of making Christmas goody plates.  Sandy was once an avid bowler where she created many memories and made many friends.  She enjoyed gardening and always had a yard that was flawless. Sandy is preceded in death by her parents, husband, Melvin Ness, her son, Dale Geesaman, as well as other relatives. Sandy is survived by her two daughters, Tawny (Jeremy) Hagen, Christy (Rob) Ness, and her son Zach Ness her grandchildren: Tiffany Holzer, Aaron (Brittany) Holzer, Kaylee (Shawn) Hagen, Nicole Hagen,  Brandon Runyon and Josh (Kaila) Runyon and finally her great grandchildren: Isabella Ness, Chet & Ryle Holzer, Gemma, Jep and Clara Hagen, Azzie, Paisley and Drake Runyon, and Raya and Arlowe Hagen. Memorials and condolences may be sent in care of Gillette Memorial Chapel 210 West 5th Street, Gillette, WY 82716. Condolences may also be expressed at www.gillettememorialchapel.com

To order memorial trees or send flowers to the family in memory of Sandra Kay Ness, please visit our flower store.