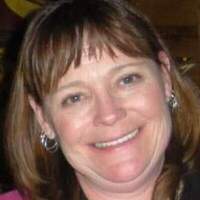 Mass of Christian Burial for Sandra Hubbard will be held at 2:00 p.m., Monday, March 28, 2022 at St. Matthew’s Catholic Church with Father Cliff Jacobson officiating. Interment will be at a later date. Sandra Elizabeth Hubbard (Sandy) age 62, of Gillette, WY passed away on Monday, March 21, 2022.  Sandy was born on December 8, 1959 in Gillette, WY to John and Irene Hubbard. Sandy had the privilege of growing up in the house that her father built. She attended Campbell County High School, graduating in 1978. She then moved to Montana where she worked in Yellowstone National Park and later as a bank teller in Livingston. Sandy welcomed her greatest joy on May 15, 1982 when Katharine Elizabeth Hubbard was born. Sandy moved back to her hometown to be near family, while raising her daughter. Sandy worked at Campbell County Memorial Hospital, during those 12 years employed there; she worked as a Clerk, Admissions Supervisor, cared for abused children at Highlands and also obtained her EMT degree. Sandy then decided to change careers, going to work in the Coal Mine Industry for the next 28 years. First at Jacobs Ranch and then at Buckskin Coal Mine. While she was employed at the mines, she was a part of their rescue team and continued to do EMT training. She was very proud to work at the Coal Mine as a Blaster and Heavy Equipment Operator, retiring in 2020. Over the past 20+ years Sandy has been the biggest fan and cheerleader for her three grandchildren. She enjoyed traveling with them watching their sporting events from football, wrestling, soccer, dance, basketball, and rodeo. Her grandchildren were the light of her life! Sandy had a love for new adventure, traveling, and shoe shopping. She always dreamed of buying an island and inviting all her favorite people to live there. She had a passion for flowers and plants, Sandy truly had a green thumb. The last couple of years Sandy has given much of her time caring for her parents John and Irene.  She is survived by her daughter Katie (Tim), her grandchildren, Skyler, Jadyn and Kyle, parents, John and Irene, brothers Mark, Joe (Lori), and Russ, niece Shanna, nephews Brad, Brandon, and Hunter, and many, many other family and friends.

Memorials and condolences can be sent in care of Gillette Memorial Chapel 210 West Fifth St. Gillette, WY 82716. Condolences may also be expressed at www.gillettememorialchapel.com

To order memorial trees or send flowers to the family in memory of Sandra Elizabeth Hubbard, please visit our flower store.