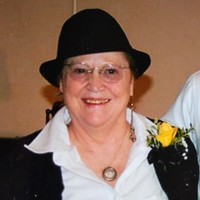 A gathering of friends and family will be held for Sally Parkin at 2:00 p.m., Sunday, January 12, 2020 at Walker Funeral Home. Sally Crookston Parkin passed away January 4, 2020 due to complications from pneumonia. She was preceded in death by her soulmate best friend and husband Robert John Parkin and her parents Jack and Deon Cookston. She is survived by her sister Patricia, brother-in-law Mike Lavaway and their two children of Libby, Montana; two sons, John, Alex and his wife Sarah Parkin and her six grandkids; all residing in Gillette, WY. Born December 9, 1954 in Rock Springs, Wyoming. She took pride in being a 3rd generation Wyomingite. As a child her summers were filled with trips to the Wind River mountains; at her family's cabins she went swimming with her favorite cousin Lil, near the Beaver dam. She spent time collecting arrowheads with her father around the high plains and sand dunes.  After graduating high school, she attended Colorado Mountain College. That is where she met the love of her life Robert John Parkin. AKA BOB!  She and Bob didn't finish with degrees but instead got an education in hiking from Mexico to Canada. They camped on the Snake River for 6 months; settling and opening their own record store here in Gillette, Wyoming. Shortly after Bob and Sally married in Rock Springs. There after they had their first son J.C. a year-and-a-half later along came Alex who retained Sally's golden red hair. Sally was the greatest mother. While Bob started his career at the library, Sally opted to stay home with her boys. The next 18 years Bob and Sally spent being outstanding parents. Hosting insane sleepovers, adventuring and camping in the mountains, coaching baseball and traveling for hockey tournaments. Unfortunately, then Sally had to go through her greatest tragedy Bob's death in 2007. Followed by one of the greatest joys the birth of her first granddaughter Harmony. She wore the title of "Grandma Sally" with pride. More grandkids followed freely after. Next came Bradley, Anna, Jack, Delila and Wyatt respectively. Sally played roles for all grandchildren. A co-conspirator, spoiler, moral compass and a matriarch. She had weekly grandchild sleepovers. Giving a new limit to the term "overdoing". Things like holidays and birthdays we're never forgotten and always over the top. Regrettably Sally had many medical issues. She beat the doctor's expectations of death by about eight years. Her sons and grandchildren were there in her final moments. Grief-stricken but grateful that they had enjoyed so many great experiences with Sally. She will be greatly missed. Memorials and condolences may be sent in care of Walker Funeral Home 410 Medical Arts Court, Gillette, WY 82716. Condolences may also be expressed at www.walkerfuneralgillette.com

To order memorial trees or send flowers to the family in memory of Sally Parkin, please visit our flower store.