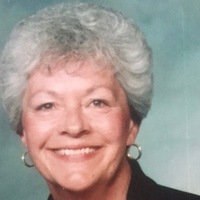 Sallie Ann (Ernst) Edwards was welcomed home by God on June 25, 2020. She was a rare beauty, a woman of virtue, and possessed rare style, elegance, and grace in abundance. With her children and grandchildren at home with her, she taught us in her final moments that miracles occur in death as well as in life. A fourth generation Campbell County native, Sallie was born in Gillette, Wyoming on August 18, 1942 to Charles “Chas” Henry Ernst and Tay (Butler) Ernst. After Sallie’s birth and prior to relocating to St. Paul, Minnesota in 1948, the family returned to their homes in Spearfish Canyon, South Dakota and Sundance, Wyoming. Charles and Tay were active in civic affairs as well as owners and operators of several properties and businesses. These businesses included Elk Horn Café & Market, Club Bowling Alley, Circle L Motel and filling station, and a palomino horse ranch located in Spearfish Canyon. Other than completing one year of elementary school in Fort Knox, Kentucky, Sallie attended grade school in Gillette.  She went on to attend Butte High School in Butte, Montana, graduating with honors in 1960.   In high school, her exceptional athletic abilities earned her the Student Athlete of the Year award. Her athleticism and love of sports was passed on to her children and grandchildren.  She continued her education at the University of Wyoming, graduating with honors in 1964, receiving a Bachelor of Arts and Science degree. During her time at the University of Wyoming she served as president of Alpha Chi Omega sorority. On August 23, 1964 she married Harold L. “Fuzz” Edwards in Gillette, Wyoming and they began their life together while he completed his medical degree in veterinary medicine at Colorado State University. During final examinations before graduation, their daughter Shelly Elizabeth was born.  In May of 1966, the family returned to Gillette. In November of 1973, son Joseph Lee was born, completing their family.  After returning to Gillette, Sallie raised her children and built her business as an independent fashion consultant for Doncaster Custom Clothing. During the summer months, for a number of years, she coached men’s and women’s softball, leading them to consecutive state and district championships.  Sallie spent a great deal of time with her family. Upon the birth of her grandchildren, Tyson Lee and Madison Bernice, Sallie found new purpose in the joy of being a grandmother. Her time was spent in constant support of their lives and activities and the love and pride she felt for them was immeasurable. As a young girl, Sallie developed a passion for camping and fishing that lasted a lifetime. There was never a time she wasn’t “wishin she was fishin’” and most summers she could be found on the banks of a lake with a fishing pole in hand. Sallie is survived by her daughter Shelly Edwards (Mark Collins), son Joe Edwards (Cortney) and grandchildren Tyson and Madison all of Gillette.  She was preceded in death by her parents, Charles Ernst and Tay Graber, infant sister, Jane Louise Ernst, and husband, Harold “Fuzz” Edwards.  A memorial has been established to the Campbell County Healthcare Foundation Cancer Patient Assistance Fund. Memorials and condolences may be sent in care of Gillette Memorial Chapel, 210 West 5th Street, Gillette, WY 82716. Condolences may also be expressed at www.gillettememorialchapel.com

To order memorial trees or send flowers to the family in memory of Sallie Ann Edwards, please visit our flower store.