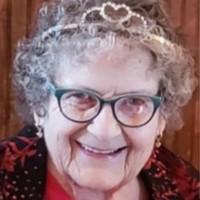 Memorial service for Ruth Scott will be held at 1:00 p.m., Saturday, September 28, 2019 at Walker Funeral Home, Gillette, WY. Ruth Marie Scott, 80, passed away on Sunday September 22, 2019 in Sheridan, Wyoming.  Ruth was born in Cyclone, Pennsylvania on September 4, 1939 and was the youngest of the four children born to Howard and Winnie Kahle.  Her siblings are Elsie Grey, Donald Kahle (deceased), and Larry Kahle. Ruth, suffering from severe asthma, was sent by her parents to live on the homestead of her Uncle Willis and Aunt Zelda Geer’s in 1948.  Later that year Howard and Winnie relocated to Gillette, Wyoming with their other children.  Ruth continued to live in Gillette until January 2015 when she moved to Sheridan, Wyoming. Ruth graduated from Campbell County High School in 1957. In February that year Ruth met the love of her life and later that summer was united in marriage to Donald Wayne Scott on August 11, 1957.   Together, Don and Ruth had two daughters, Donna Scott-Wilson and Peggy Scott and one grandson Tony Keats. Ruth was very active in in Beta Sigma Phi Sorority for more than 60 years.  In 2018, Ruth received the Diamond Ritual for her 60 years of dedicated membership.  Many of Ruth’s best friends were her Sorority Sisters. Ruth also enjoyed camping, reading, cheering for the Broncos, playing bridge, oil painting and was a real social butterfly.  Ruth was blessed with several nieces and nephews who she loved dearly. Ruth will always be remembered by her friends and family as a generous loving person, who seemed to always be fighting some sort of physical illness, never complained or felt sorry for herself, but instead grabbed life the horns and said I am going to take whatever you bring me and I’m going to make the best of it, and no one can stop me. Ruth is going to be missed dearly by everyone who knew her. Memorials and condolences may be sent in care of Walker Funeral Home 410 Medical Arts Court, Gillette, WY 82716. Condolences may also be expressed at www.walkerfuneralgillette.com

To order memorial trees or send flowers to the family in memory of Ruth Marie Scott, please visit our flower store.