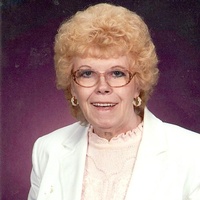 Funeral services for Ann Tieszen will be held at 1:00 p.m., Thursday, August 9, 2018 at Walker Funeral Home in Gillette, WY; with interment to follow at Mt. Pisgah Cemetery. R. Ann (Kretschman) Franklin-Tieszen passed away Thursday, July 26, 2018 at the David M Dorsett Home in Spearfish, SD  where she had resided for the last year and a half. She was born May 30, 1936 to August and Lydia (Sullenger) Kretschman in Gillette, WY. Ann was married to Elbert Franklin with whom she had three children, Deb Luckie; Elbert (Keith) Franklin and Tim Franklin. Ann was hard working and at times had three jobs at once. She worked for several years at the cheese factory in Sturgis, SD, Dave’s Supper Club in Central City, SD and was also a cashier in a Deadwood casino. In 2004 she retired and married Paul A. Tieszen of Spearfish, SD. The couple enjoyed several winters as “winter Texans” before Paul passed away in 2010. Ann is survived by her children, Deb Luckie, Keith Franklin, and Tim Franklin; grandchildren, Kayla and Molly Franklin, Shane and Rob Luckie and great grandchildren, Talon and Braelyn Luckie. She is also survived by her brothers, Herbert and Johnny; half-brother, Oliver Sutton; numerous nieces, nephews, cousins and her faithful grand-dog, Lexis. She is preceded in death by her parents; brothers, Carl and Robert; sister, Helen and both husbands. Memorials and condolences may be sent in Ann’s name in care of Walker Funeral Home 410 Medical Arts Court, Gillette, WY 82716. Condolences may also be expressed at www.walkerfuneralgillette.com

To order memorial trees or send flowers to the family in memory of Ruby "Ann" Tieszen, please visit our flower store.