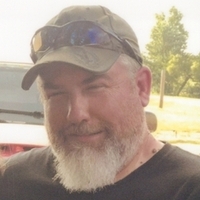 Mass of Christian Burial for Roy Watkins will be held at 2:00 p.m., Thursday, December 3, 2020 at St. Matthew’s Catholic Church; interment to follow at Mt. Pisgah Cemetery. Visitation will take place from 4:00 p.m. to 6:00 p.m., Wednesday, December 2, 2020 at Walker Funeral Home. Roy David Watkins, 52, of Gillette, Wyoming passed away at his home on November 25 from complications of pneumonia. Roy was born November 12, 1968 in Taos, New Mexico, the first-born twin along with his brother Ted, to parents Roy and Rae Watkins. Roy moved with his family often in the first two years of his life living in several states and finally settling in Gillette in 1971 which he would call home the remainder of his life. He graduated from CCHS in 1987 then attended one year at the University of Wyoming before deciding to return home and start working. In 1993 he met Erin McLane and the two were married on June 10, 1995 (better known as Black Saturday according to Ted!). From this relationship Mason Watkins was born on March 21, 1996. During the relationship Roy also became very close with Erin’s 9-year-old son Matt and happily adopted him in 1995. He also was very close with Erin’s two other children, Casey and Robye and loved them like his own. The couple divorced in 2000 but remained close friends and good co-parents. A few years later Roy met Jaime Taylor and the two dated for several years and from this relationship Jace Watkins was born on December 7, 2009. During this relationship Roy became very close with Jamie’s children and loved Breyd, Bubba, Taylee and Ty like they were his own. They also remained close friends and co-parents. Roy was very active in sports, playing rec basketball, softball and volleyball for the L&H team but his real joy came from coaching his sons in football, basketball and soccer and traveling all around the state for Matt’s wrestling, and Mason’s, Colton’s and Kori’s hockey. He was a very caring loving father and friend to all. He loved muscle cars especially Mopars and he and his brother and boys spent many hours together talking about or working on cars and attending car shows and activities with the local car club. Roy began working at L&H Industrial with his dad in the summer of 1989, with his brother Ted joining them there in December of that same year. Roy worked at L&H for 31 years where he considered his co-workers his second family and became close friends with many.  Roy is survived by his sons Matt, Mason and his wife McKenzie and Jace, his father Roy,  brother Ted and his wife Deana, nephew Colton, niece Kori, nieces Kaycee Smith and Paige Gross, and uncles, aunts, and cousins too numerous to list but whom he loved each dearly. He is also survived by Lacey Torres who was one of his dearest friends. He was preceded in death by his mother Rae, nephew Brandon, Uncle Bud Skinner, grandparents David and Eleanor Watkins, and Chet and Dorothy Skinner, and Cousin Rachel. Roy was a kind and caring person and was always the first to help whenever anybody needed anything. He also had a very quick wit and was a bit of a smart ass as probably most anyone reading this knows. He loved cars and anything to do with Halloween!  He was always there with a joke or funny story, a hug or punch in the arm, a good scare or to tell you the best parts of a new movie just so you wouldn’t have to waste your money to go see it for yourself! You also wanted to make sure to keep the windows on your vehicle clean if he was around! He was an amazing son, brother, friend and most importantly father and will be greatly missed by many. Memorials and condolences may be sent in care of Walker Funeral Home 410 Medical Arts Court, Gillette, WY 82716. Condolences may also be expressed at www.walkerfuneralgillette.com

To order memorial trees or send flowers to the family in memory of Roy David Watkins, please visit our flower store.