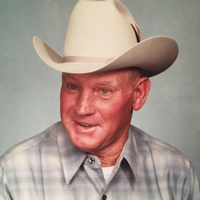 Funeral service for Roy Robinson will be held at 10:00 a.m., Monday, October 22, 2018 at Walker Funeral Home with Pastor Gordon Harper officiating; interment to follow at Black Hills National Cemetery. Roy David Robinson went to be with the Lord on October 14, 2018 at the age of 92.  He had a long, healthy and happy life full of friends and fun. Roy was born on March 30, 1926 in Woodward, OK to Niata Irene (Taylor) Robinson and Roscoe Lee Robinson.  His early childhood was spent in Oklahoma and Kansas. He served his country as a Marine in Guam during WWII and was always an American Patriot. Roy married Geraldine Partington in 1955.  They started their family and followed the oil field until 1963 when they settled in Gillette, WY.  They were divorced in 1980. Roy married Sandra Ealy in 1980.  She passed away in 1989. Most of Roy’s work was in the oil field as a truck driver for Getter Trucking.  He retired from Getter and later started Okie’s Pilot Car Service until his second retirement. Roy was a true American Cowboy.  The kind that rode horses, roped steers, branded cows and attended rodeos. He wore the hat, boots and buckle. When he gave up riding horses he started pitching horseshoes and enjoyed competing for a time. In his later years he lived independently at Pioneer Apartments where he watched sports, read books and worked on jigsaw puzzles with friends.  An avid sports fan, the Phillies and Raiders were his teams. He enjoyed visiting family in Pine Haven and fishing Keyhole.  At 92 he still went for walks on the bike path and used his dumbbells and Frankenstein (Frankincense) oil to stay strong. He was deeply loved and will be lovingly remembered by his children, Brenda Burton (Craig); Jennifer Robinson and Kelly Robinson; grandchildren, great-grandchildren, many nieces, nephews and friends. Roy is also survived by his sister, Charlene Heimerman of Hutchinson, KS and brother, Bay, also of Kansas.  He is preceded in death by his daughter, Denise Fullenwider; his parents; five sisters; two brothers and most of his friends. The family request that memorials be made in Roy’s name to benefit The Legacy Living and Rehabilitation Center. Memorials and condolences may be sent in care of Walker Funeral Home 410 Medical Arts Court, Gillette, WY 82716. Condolences may also be expressed at www.walkerfuneralgillette.com

To order memorial trees or send flowers to the family in memory of Roy David Robinson, please visit our flower store.