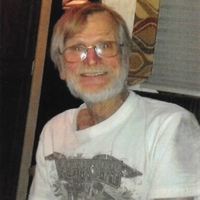 Funeral service for Roscoe “Terry” Erisman will be held at 2:00 p.m., Saturday, October 10, 2020 at Gillette Memorial Chapel with Pastor Gordon Harper officiating. Visitation will be held one hour prior to service. Roscoe “Terry” Erisman, 76 of Gillette, Wyoming passed away on October 5, 2020 peacefully at his home. He was born in Pana, Illinois on September 17, 1944; son of late Roscoe and Helen Erisman. He is survived by his wife, Debbie; daughters, Sandy Trujillo of Los Lunas, NM; Brenda Casias (Ralph) of Los Lunas, NM; Tara Graham (Mike) of Sheridan, WY; son, Roscoe Erisman II (Karey) of Gillette, WY; 12 grandchildren; 10 great-grandchildren; brothers, Donnie Erisman (Julie) of Gillette, WY; Ronnie Erisman (Carol) of Craig, CO; Gene Erisman (Kathy) of Gillette, WY; Robert Erisman (Tammy) of Milton, FL; sisters, Joann Bonilla (Anthony) of Round Rock, TX; Rene Erisman of Taylor, TX; and numerous nieces and nephews he loved to aggravate. Roscoe attended school at Albuquerque High. He went on to work various jobs until he became an electrician. He was a dedicated hard worker on whatever it was he was working on. He worked for C.D.K., Minserco, Bucyrus, CAT and Wyoming Machinery until he retired in 2016. He traveled many places, made a lot of friends along the way and anyone who met him, would never forget him. He loved spending time with his wife, his kids, and grandkids; being ornery and feisty which was his nature. He enjoyed riding motorcycles, dancing, hanging out with his brothers watching racing and football while yelling at the TV and voicing his “need to be heard” opinion. He loved his family, and his beer, and when he was ready to go; it was time to go. He is preceded in death by his father, Roscoe Erisman; mother, Helen; and brothers, Ricky Erisman; Tom Erisman and Robert Cann. Memorials and condolences may be sent in care of Gillette Memorial Chapel 210 West 5th Street, Gillette, WY 82716. Condolences may also be expressed at www.gillettememorialchapel.com

To order memorial trees or send flowers to the family in memory of Roscoe Terrell Erisman, please visit our flower store.