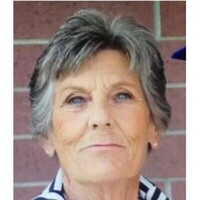 Ronna was born November 30, 1948, the daughter of Rupert and Rosemary (Rohan) Werner in Gillette, Wyoming.   She was raised and educated in Spotted Horse, WY and later graduated high school from Campbell County High.   After graduation, Ronna attended a business school in Rapid City, SD.   She married Orville R. Carson on Dec. 31, 1970 in Gillette, WY.  After Orville returned back from being drafted in Vietnam, the couple made their home and started their family in Spotted Horse, WY.

Ronna worked as bus driver for Campbell County School District for 35 years as well as owning and operating their family cattle ranch.  She also worked at Campbell County Hospital in Gillette for a number of years as well as other odd jobs here and there in the summers when she was not driving the bus.  Orville and Ronna have been ranching together for most of their 52 and half years together.  First working for and partnering with her father, RJ Werner and then later bought and operated their own ranch just a few miles away on Spotted Horse Creek.

Ronna enjoyed following her grandkids around and watching them in all of their sporting events as well as making most every rodeo or jackpot until lately when her health started to fail her.  She could not only be seen, but heard amongst the crowd cheering them on.  There are few videos made that you can hear her in the background yelling and cheering for them.  She was also part owner in MANY rodeo horses over the years.  She was and will always be their biggest fan.  She loved all things rodeo and she could recite and tell you most all of the current PRCA guys and gals and their standings as of late.  She was an avid rodeo fan.  It was best not to call from 7- 10 pm as she was tuned into the Cowboy Channel, but would be sure to text you the highlights of her favs as they happened!  There wasn’t anyone Ronna ever met or ran into that she did not consider a friend.   If you could learn anything from Ronna, it was that everyone deserves a chance and you would never catch her talking bad of anyone.  She was a true family matriarch and was the glue that held it all together.  Life was not easy, but she lived life fully every day, and believed you could accomplish anything as long as you worked hard at it.

Memorials are suggested to benefit the Ronna Carson Rodeo Scholarship or the John Paul II Catholic School.  Donations and condolences can be sent in care of Gillette Memorial Chapel, 210 W. 5th St., Gillette, WY 82716.  Memories can also be shared via the internet at www.GilletteMemorialChapel.com.

To order memorial trees or send flowers to the family in memory of Ronna Jean Carson, please visit our flower store.